Group of foreign tourists terrorised by a gang in Kilkenny City

The Yesteryears continues this week 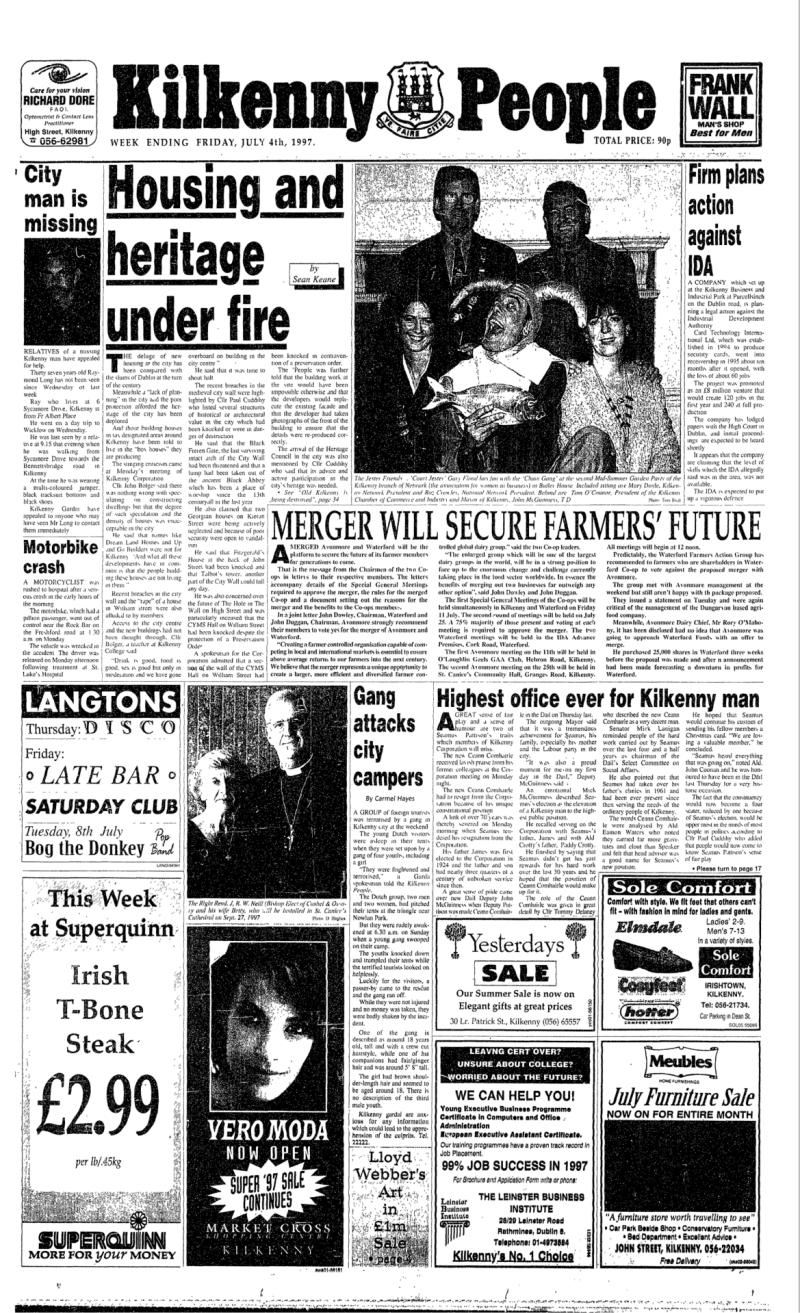 The Yesteryears series continues this week with a front page from July 4, 1997.

Making the headlines was a story about a group of foreign tourists terrorised by a gang in Kilkenny City. The young Dutch visitors were asleep in their tents when they were set upon by a gang of youths.

The Dutch group, two men and two women, had pitched their tent near Nowlan Park, but they were rudely awakened at 6.30 am on Sunday when a young gang swooped on them.

The youths knocked down and trampled their tents while the terrified tourists looked on helplessly. Luckily for the visitors, a passer-by came to the rescue and the gang ran off.

Other news on the front page included: the late Seamus Pattison was praised in Kilkenny as he had just been elected Ceann Comhairle.

Meanwhile, the deluge of new housing in the City was compared to the slums of Dublin at the turn of the century.