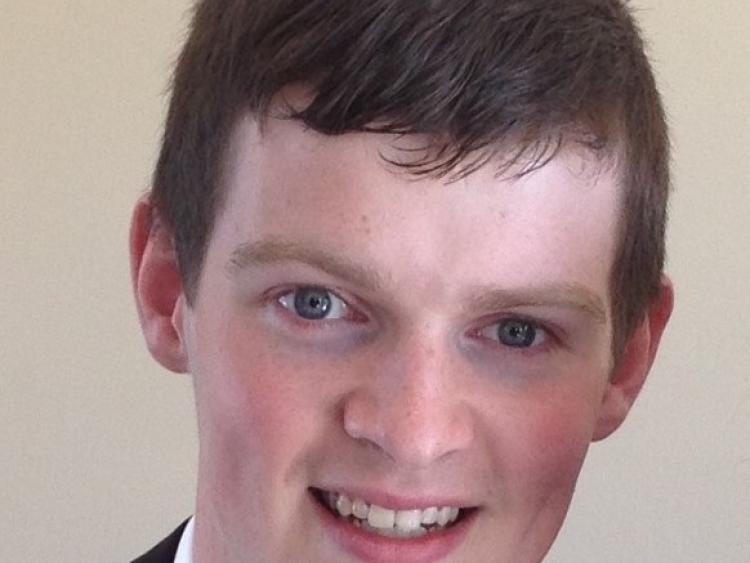 THE community of Goresbridge, Kilkenny was greatly saddened at news of the death on Thursday, June 7 at his home in Flemingstown, Mitchelstown, Co Cork of James Meaney.

Aged 21, James was son of Johnny Meaney from Barrack Street, Goresbridge and grandson of the late John and Eileen Meaney, long-time publicans in the County Kilkenny village – Eileen was the former Eileen Byrne from Market Square, Bagenalstown.

James was diagnosed with leukaemia in early 2017. He battled his illness with great bravery and dignity, being treated at University Hospital, Cork.

He was a second year student in Physical Education and Maths at the University of Limerick.

Although born in Rebel Cork, James was a dedicated Kilkenny hurling follower throughout his short life. His most recent visit in his all-out support of the Cats was to attend the National Hurling League final between Kilkenny and Tipperary in Nowlan Park in April and James really relished Kilkenny's victory that day. His last hurling outing was to watch his own junior hurling team, Glanworth, beat Dromina in the Cork championship four weeks ago.

James was also a great fan of the podcasts of Colm 'Wooly' Parkinson and the snapchats of 'Buff' Egan.

News of the passing of the 21 year old cast a pall over the entire local community, that sense of sadness and loss also being manifested among James' relatives in Goresbridge, Bagenalstown, Graignamanagh, Kilkenny, Arklow and Mayo.

James loved all field sports and was a much valued member of the Glanworth GAA club and of Mitchelstown Rugby Club. He played midfield or half back in hurling and was a player and coach in rugby. James was a much decorated player for Glanworth GAA, being a member of a very successful underage team which made winning their drug of choice. He had won numerous football and hurling titles from the age of eight.

He was a former pupil of CBS Secondary School, Mitchelstown, being the inaugural recipient of the ERST Award in 2015. This award goes to the student who most embodies the characteristics of the charter of the school Trustees. The key words in the Charter include: excelling, caring, inspiring, leadership, promoting partnership, nurturing faith and Christian spirituality.

A tribute from his GAA club stated: “On Thursday, June 7, we lost a team-mate, a friend and a piece of our club. James Meaney was everything that is good about Glanworth GAA. He was honest. He showed pride. He always gave 110% every time.” James, a big strong man, was considered to be “a gentle giant.”

At Glanworth GAA Club grounds the national flag flew at half mast, with all club activities postposed as a mark of respect.

A large number of people from the Goresbridge and Graignamanagh areas travelled to Cork for the wake and burial.

James reposed at his home in Flemington on Friday and Saturday when huge numbers called to offer their sympathy to the Meaney family.

On Sunday morning the remains were removed to the Church of the Immaculate Conception, Ballindangan. Members of Glanworth GAA and Mitchelstown Rugby Club formed guards of honour, with members of both clubs taking turns in carrying the coffin in the latter parts of the funeral procession. Canon Thomas Browne, PE, Youghal, an uncle of James' mother, Martina was chief celebrant of the Mass, assisted by Fr Eugene Baker, PP, Buttevant.

Following Mass the guards of honour resumed as James made his final journey to St Dominic's cemetery, Glanworth, where James was laid to rest, with members of both sporting clubs carrying the coffin for the final mile. Local juvenile GAA players also took part in the guard of honour.

The funeral cortege was of huge dimensions.

The Month’s Mind Mass for James Meaney was celebrated in the Church of the Immaculate Conception, Ballindangan on Sunday last, July 8 which, by a poignant coincidence, would have been James’ 22nd birthday.