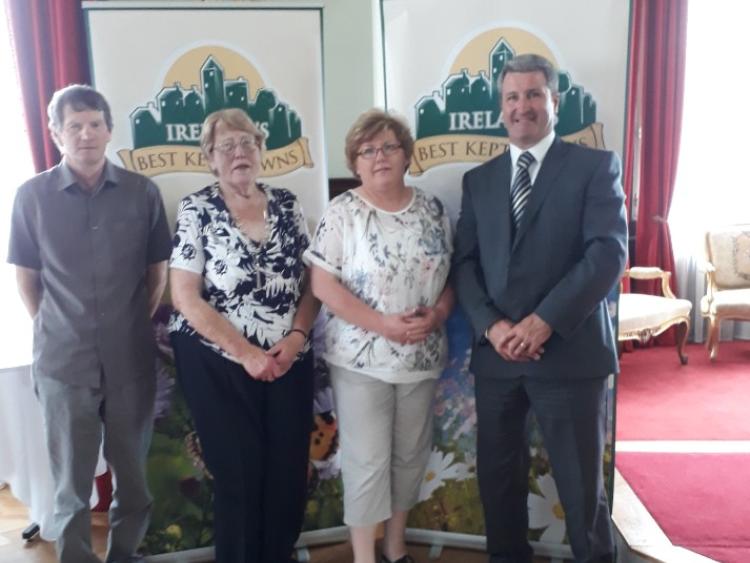 Tullahought was one of three shortlisted from the whole country for the “Best Kept Villages” award.

Cllr Ger Frisby attended the awards on June 26 in Belfast, in his capacity as Chairperson of the Piltown Municipal District.

The awards are a result of collaboration between the Northern Ireland initiative “Best Kept Awards” partnered with its southern counterpart “Tidy Towns”.

Cllr Frisby said: “Going through the shortlisting process in itself was a huge achievement for such a small community, and a huge endorsement of the local communities hard work and efforts in making their home village a place to be proud of.”