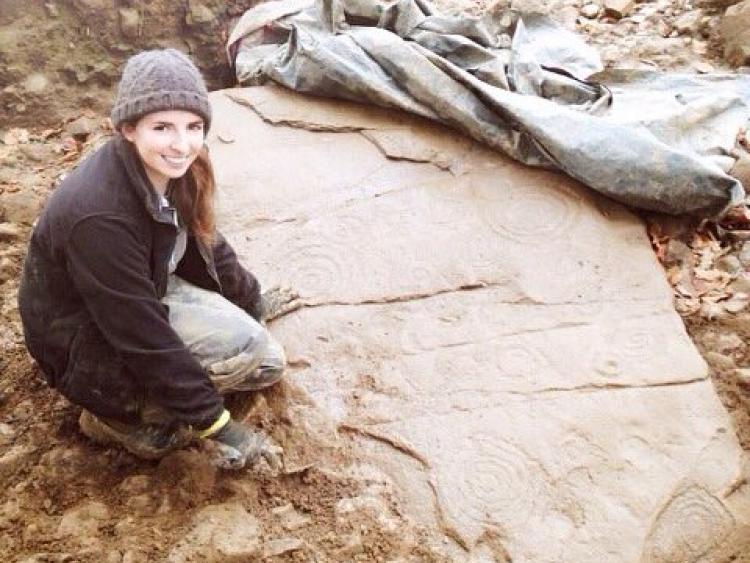 Catriona Baldwin from Ballyfoyle working on the site of the archaeological discovery in Meath. Ancient carvings are clearly visible on the stone

The discovery of a 5,500-year-old megalithic tomb at Dowth in County Meath is being hailed by experts as the most significant archaeological find here in decades.

The ancient passage tomb was discovered at the Bru na Boinne World Heritage site by agri-tech company Devenish working with the UCD School of Archaeology.

And, there is a Kilkenny connection. Ballyfoyle's own Catriona Baldwin is one of the archaeologists who has been working on the site for the past year.

Catriona was educated at Muckalee National School, and Loreto Secondary School in Kilkenny. She then went on to get her Master's degree in Archeology from UCD.

A number of burial chambers and stones with neolithic carvings have been discovered at the site in Dowth.

A 5,500 year old passage tomb uncovered by archaeologists from UCD and agri-tech company Devenish at Dowth Hall, Co Meath, is being described as “the find of a lifetime”. It’s amazing. pic.twitter.com/XwGkJcwoeJ