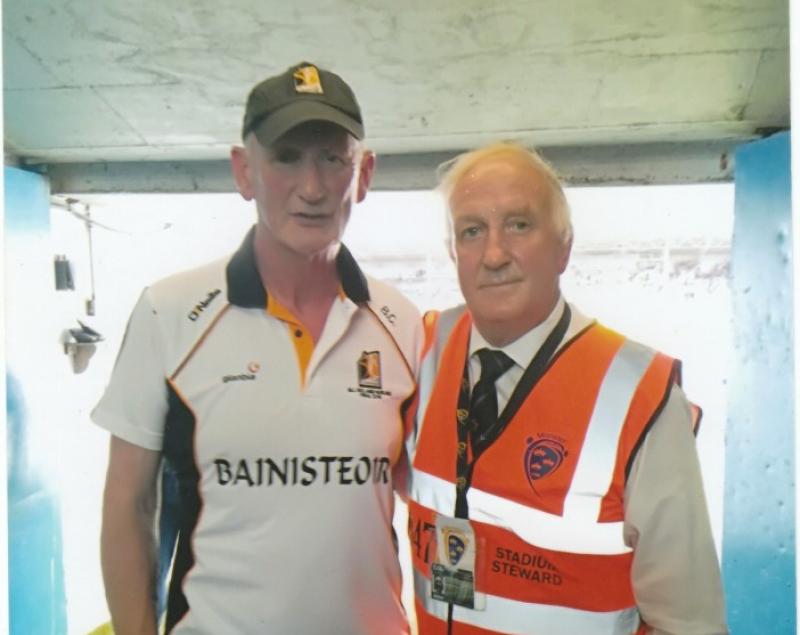 A Tipperary man has heaped praise on Kilkenny senior hurling manager Brian Cody, and has told his family he wants a picture of him with the Cats boss used on his memorial card in the event of his death.

Larry O' Hara, a native of Carrick-on-Suir, got in touch with the Kilkenny People to relay a fantastic moment after Kilkenny's recent Leinster final defeat against Galway. He was working security at the match in the inner tunnel at Semple Stadium in Thurles, near the team dressing rooms.

The game had finished, and the Galway captain was giving his acceptance speech.

"Straight in front of me stood Brian Cody, his back turned to me," says Larry.

"He was looking across at the acceptance speech and to the joyful activities of the Galway team and supporters. I have in my mind 'I would love a photo with that icon - the most enduring sportsperson on the planet'.

But Larry found himself in a dilemma. He wondered whether the Kilkenny manager, who had just lost a hard-fought Leinster final replay, would give him short shrift. Instead of a three-week break and a semi-final to look forward to, he was staring down the barrel of a week's turnaround and the serious challenge of Limerick.

"I stutter the words 'Brian, can I have a picture with you?'"

What happened next made the Tipp man's day.

"Brian turns around: 'Certainly', he says, with a smile," recalls Larry.

"I am a native of Carrick-on-Suir; I have warned my family I want this picture on my memorial (memory) card when I die."

Larry ends his letter, simply: "Brian Cody for next President of the USA."

Speaking to the Kilkenny People this week, Larry says he was hugely impressed with the Cats boss' affable demeanour, given he 'probably had a lot of other things on his mind'.

Earlier in the day, Larry was also visited by an old friend, former Minor and U-21 All-Ireland winner, Joe Sullivan, who himself played with Brian Cody on winning teams in the 1970s. A fine day indeed.