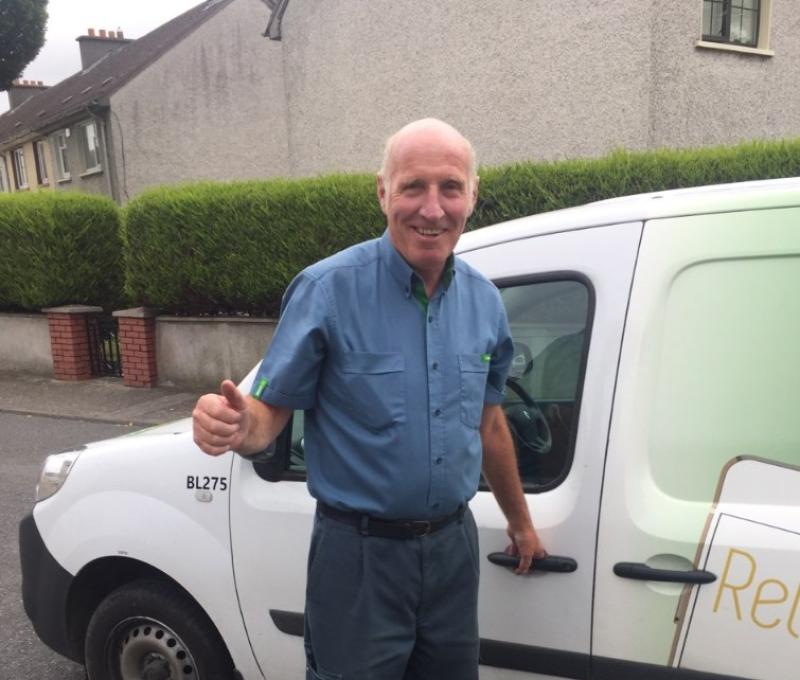 Mick heads off on his last day of work

A popular local postman has finally hung up his satchel after 52 years in the service, making him the country's longest-serving postman.

Mick Cahill, originally from Wolfe Tone Street, will be well known to many in Freshford where he has been looking after the post for the last 14 years. He's seen plenty of changes over the years, since he started off as a telegram boy back in 1966.

When he first started off, his route was 5am until 1.30pm. Back then, the job was six days a week. More recently, his route would start at 7am and finish at 3pm, five days a week.

An Post gave Mick a contract extension back in 2016, and now, retiring at 67 is somewhat bittersweet.

"I wouldn't have minded another year. But they [already] gave me an extension for two years."

Mick wants to thank his customers and everyone else over the years for their support.

He was speaking to the Kilkenny People from Tramore, where he was out for a walk. Mick said he's not sure 100% what he will do now that he's retired, but is the kind of person who likes to keep busy. He attends a lot of hurling matches, and has been involved in both O' Loughlin Gaels and Freebooters AFC over the years.

North Kilkenny councillor Michael McCarthy says Mick will be missed by many in the community in Freshford.

"He will be a huge loss to the area - he was very popular and knew everyone," he said.

"We wish him all the best."