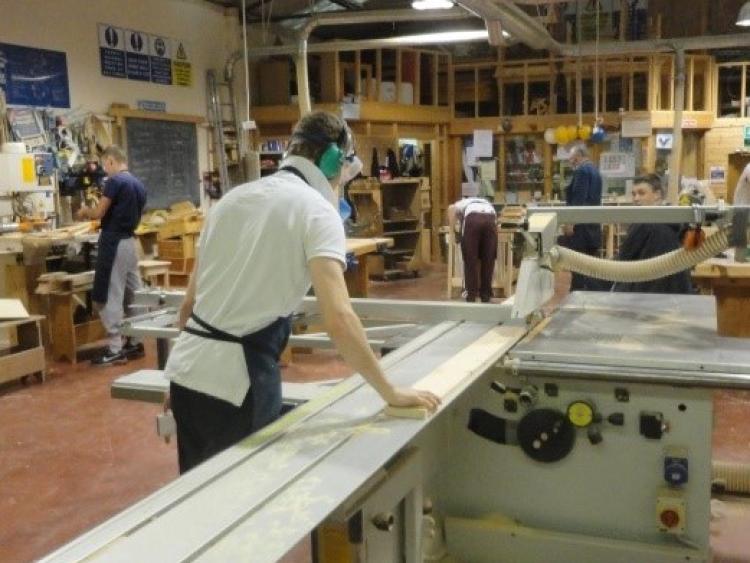 Construction and Apprenticeship preparation in KEY

September is often a stressful time of year for young people. For some, it means back to school, or exam results, for others, it means a new adventure — in college or the working world. It can mean stress, and pressure.

However, as our education system is increasingly discovering, a one-size-fits-all approach doesn’t work for everyone. Sometimes, for reasons that may be no fault of their own, people are left behind, bypassed, or alienated by their experience with formal schooling.

In the heart of Kilkenny City, at the end of Garden Row just off High Street, one building is a thriving hub of activity. KEY is a Community Training Centre (CTC), which provide training to early school leavers aged between 16 and 21 years.

Despite the fact it was established in Kilkenny 35 years ago, a lot of people here don’t know it even exists. As I arrive on Wednesday afternoon, KEY-based Youth Advocate Will Lennon is waiting outside to meet me.

“Our agenda here is to provide an option to people,” he tells me.

“There is an alternative, there is hope. You’re told ‘you have to do your Leaving Cert or you don’t get a job’. That’s a myth. There are other ways of getting ahead.”

As September approaches, the phone calls. The phone calls were mostly from concerned parents, and concerned grandparents. In some cases, the people calling wouldn’t want their youngster to know they were calling.

Will has lived in Kilkenny for the past 17 years. He speaks with a genuine passion for his work and the young people he helps. He’s been working for KEY for ten years as a resident youth advocate. He says his purpose is to support young people in finding a way forward, and foster good decision making. 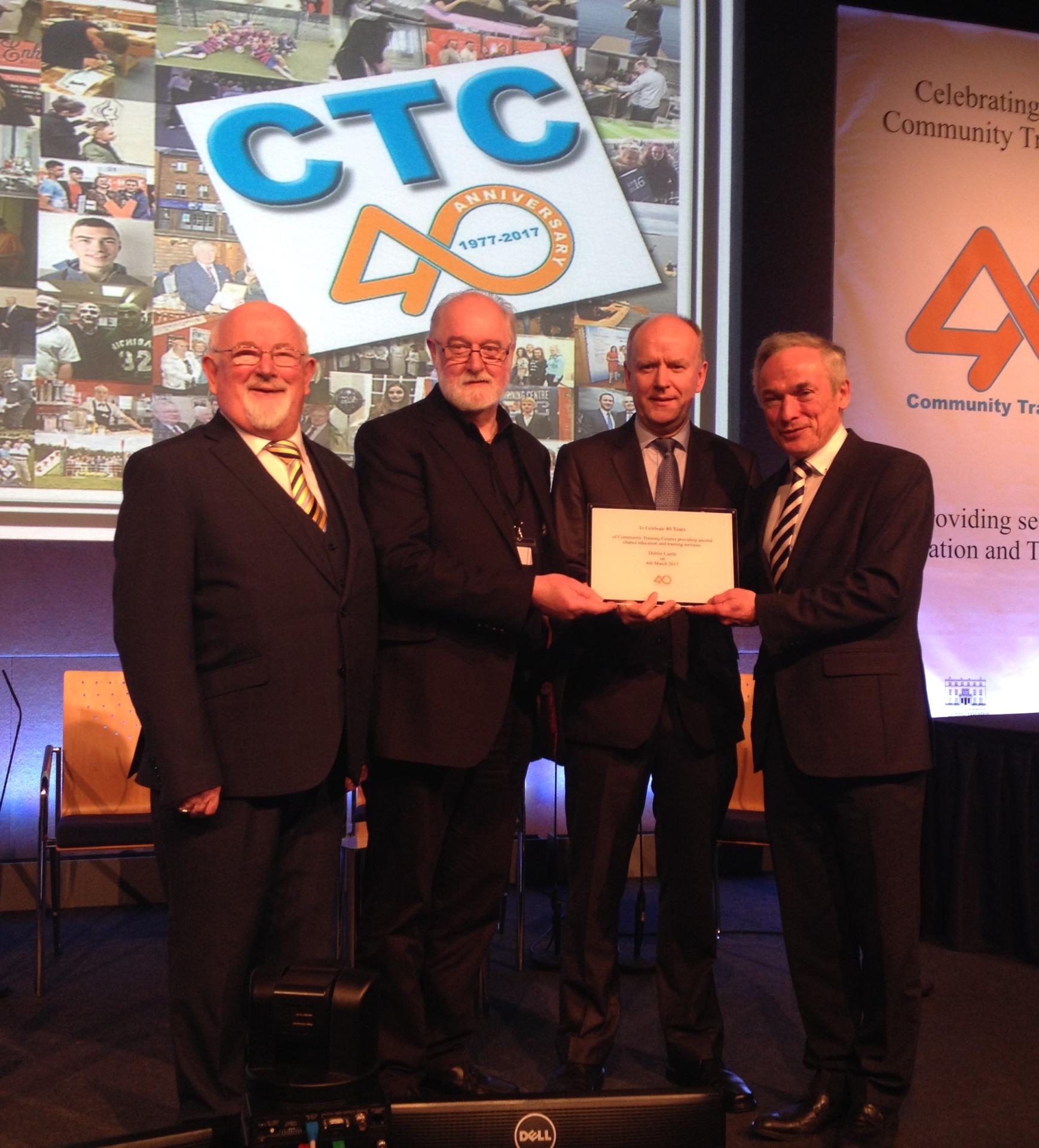 Will’s concern is that trainees finish their course in KEY, and move on. That’s echoed by Ivan, who trains the learners in the kitchen. A Kilkenny man, Ivan has been at KEY for ten years. He was scarcely aware it was there before that.

“I was walking up and down the laneway and wondering do they cut keys in here,” he says.

"In the wider community, it’s not that well known.”

The learners arrive at 9am, and have a breakfast at 10.30am. Ivan sees how the learners grow and progress over a few weeks.

“The beauty of it is we’ve trainees cooking for trainees,” he says.

"They’re coming in making scones, making porridge for everyone. For lunch, it’s soup and main courses. They cook it themselves and clean up.

The young people are aged 16, 17, 18 and preparing for living out by themselves for the first time. Their experience at KEY shows them they don’t have to be reliant on fast food - they learn to prepare spaghetti bolognese, beef stew, lasagne. It’s great preparation for being able to work in a restaurant or in a commercial kitchen.

Will notes that the elements of food preparation and nutrition are valuable, but it’s also very much about learning how to work as part of a team and get on together. He also says that communal eating is very important, as it’s not something all the learners would do regularly.

Originally part of FÁS, in 2014, KEY is now funded by SOLAS/KCETB. In 2014, KEY was brought under the umbrella of the Kilkenny and Carlow ETB. It supports young people to develop their own sense of identity and opportunity - with support from staff to achieve nationally-recognised qualifications.

“The first Wednesday of every month is assessment day,” says Will.

“In KEY’s case, that means trainees are timetabled to meet their instructors, for updates on their progression.”

The trainees come in, and they go to all the instructors and are given updates one-to-one on all their progress. It’s delivered on a heart-to-heart, but formal basis.

At KEY, courses lead to major QQI awards at level 3 and 4. But the programme extends beyond the skills being directly learned. For example, everyone gets certified tuition in IT skills. It teaches them how to be safe on the internet, how to handle social media.

It’s good preparation for the working world. A clock card system is used for attendance.

“We want them to develop responsibility and ownership of their time,” says Will.

‘Fuschia’ is the in-centre hair studio, which is kitted out as well as any professional salon.
The learners do a Level 4 in Hairdressing. The equivalent course would cost thousands of euro if they were to pay for it elsewhere. It would also mean a nine or 12 month fixed course, but at KEY, participants can come back if they have to leave during for any reason,which helps people who have a difficult home life.

I get to talk to Shane, a construction instructor, who works in KEY. Every day is different, he says. As a school leaver himself, he says he can relate to the learners.

Shane takes me through some of the things they make - there’s table legs, tables, and products of word turning and construction.

Will says there’s an effort to get away from a concept that remains in some schools where young people are told early on that they are either good with their head or good with their hands, and then treated as such for the remainder of their education.

Wally Piggot is the manager of KEY. He explains that the learners have a strong and positive relationship with the staff.To provide an example, he refers to a recent tragedy where a staff member passed away. The young people showed up in their suits, unbidden, but with a sense of quiet responsibility. One of them described it as ’the first death he had in the family’.

Building relationships with the young people takes time, but it is a worthwhile enterprise. Wally speaks of the idea of the ‘significant adult’ - an older person who influences social, emotional and cognitive development of an adolescent, where such a role may not exist in the home.

“They call us by first names here,” says Wally.

“If you’re in a family and nobody’s working, there’s no ethos there. The first day you go in to work, you’re looking at others, watching what they’re doing, and what way to behave.

There are 67 places at the training centre, with several more people out on link work - how they move into the workforce. Will attended the recent Open Day at the James Stephens Barracks, where he spotted ‘at least seven’ former KEY trainees in their uniform.

Putting a price on the end ‘result’ is not straightforward. KEY helps young people toward their aims, but sometimes it’s a simple matter of recognition and social, community bonds that help someone move in the right direction. However, if they progress in their field and their mentors can find them an appropriate placement, a Link Work Experience often follows.

The trainees must do a minimum of 35 hours per week, and the employer does not have to pay them, as they receive a weekly SOLAS training allowance.

The trainee is contacted and monitored by a coordinator each week to ensure they are progressing, and have support.
It gives the young people a chance to learn their skills in the field, build their confidence, and hopefully, put them in a good position for an employment opportunity.