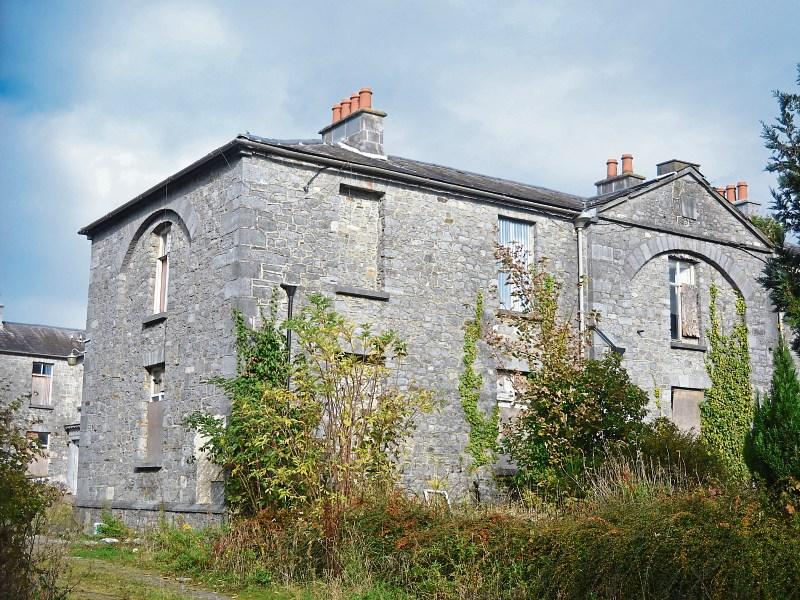 Evan's Home before the work started.

In  the three months since Mythen Construction took possession of the site, the site compound has been set up, access to the site established, the crane erected, internal demolition, salvage and stabilisation works undertaken, 13 rotary concrete piles constructed and raking out and re-pointing of the building's stonework is well underway.

Roof slates are now removed to enable strengthening and conservation of the timber structures supporting the roof.

In the coming weeks concrete ground beams to support the new structure at the northern elevation will be constructed. The raking out and re-pointing of the limestone walls will continue as will the conservation and strengthening works to the timber roof structures. Conservation surveys have been undertaken and methodologies developed for the conservation/ restoration of the boundary walls.

A gas main connection via Barrack Lane is required for the site and the connection point to the existing gas main is on the opposite side of John Street (outside Langton's). This will necessitate a night time excavation across John Street and these works will most likely be undertaken late September or early October.

Work on the historic building is expected to continue until late 2019.