Culture Night Kilkenny is on Friday 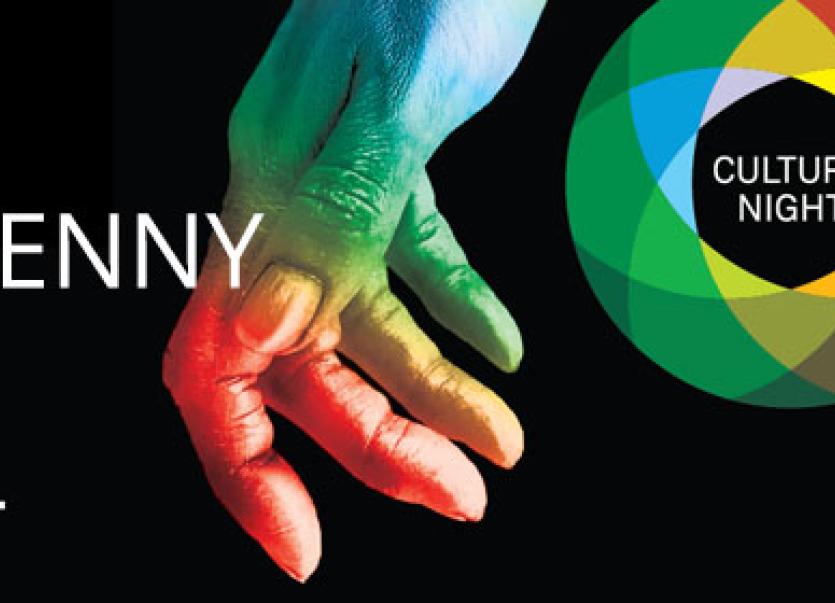 Gig on the Parade

This Culture Night the Parade will be alive with the sounds and flavours of the street, with poets, choirs, bands and DJs. Kilkenny Arts Office invites you to treat yourself to gourmet tacos from the Bula Bus and chocolates from the Truffle Fairy as you watch the young poets from the Rhyme Rag Ensemble, listen to Kairen Caine and The Unity Singers then shuffle your feet to the beats of the se7en inch collective.

The se7en inch collective pack up their record boxes and bring their special blend of vinyl only singles to the street, spinning everything from soul, hip hop, dub, ska, punk and more... all beats will be catered for... let them culture you in the art of the seven inch...

The Unity Singers were founded in 1967 by Jimmy Bateman. Since winning first prize in the Cork Choral Festival in 1975 they have gone on to win awards at numerous music festivals, even performing at Carnegie Hall to over 2000 people.

Rhyme Rag New Word Leaders is a movement of young writers, aged 13-18, who meet monthly in Desart Hall. The writers inspire and support each other through sharing their work, working with professional writers and building their community.

Kairen Caine performs with guitarist Kevin Bruce and singer Mary Russell. Indie-Folk and Folk-Country blend at the heat of Kairen Caine's songs. Based in rural Kilkenny surrounded by fields, forest and birdsong she's explored her writing and performing over the years through previous musical projects Muse Motel and Little Black Wren and has now begun a new musical chapter.