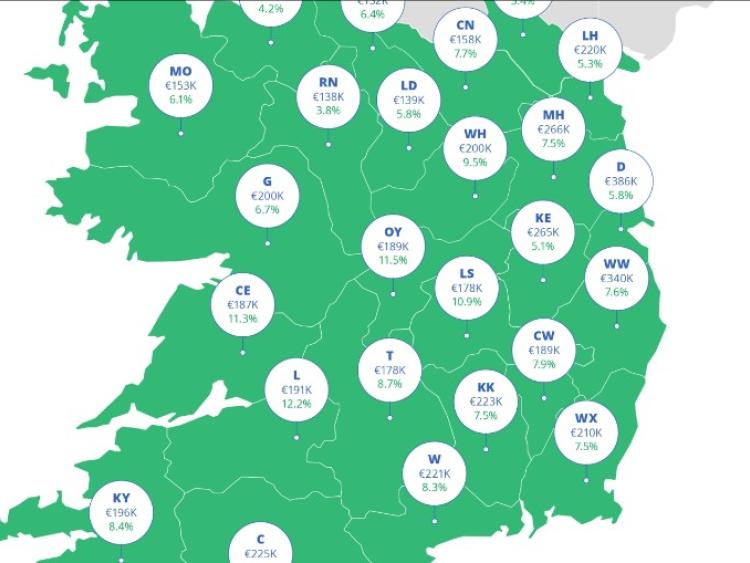 According to Daft.ie   house prices in Kilkenny  in the third quarter of 2018 were 8% higher than a year previously, compared to a rise of 7% seen a year ago.

In Dublin, prices rose by just 0.2% between June and September, the smallest three-month gain since late 2016.

This was also seen in each of the other major cities, with much more muted price gains in Galway (1.1%) and Limerick (1.0%), and largely stable prices in Waterford (0.2% rise) and Cork city (0.1% fall). Outside the main cities, prices rose by 2.2% in the same period.

The number of properties available to buy on the market nationwide continues to rise. There were almost 25,000 properties for sale nationwide in September, roughly 1,000 higher than a year previously.

The increase in availability is almost entirely driven by Dublin, where stock on the market has improved 40% year-on-year. The rest of Leinster has also seen stock increase (by 7%), while Munster and Connacht-Ulster continue to see availability shrink.

Commenting on the figures, Ronan Lyons, economist at Trinity College Dublin and author of the Daft.ie Report, said: “Commentary on the housing market often questions the degree to which the laws of supply and demand apply to it. Nonetheless, just as the huge increase in supply in the mid-2000s pushed down prices once easy credit stopped, the much more proportionate increase in construction in recent quarters is having an effect. With availability in and around Dublin in particular improving, we should expect to see more muted inflation in the housing market in the coming quarters.”