RTE cameras to return to Gowran on Thursday for Thyestes Day

Ruby Walsh: ‘Thyestes is a hugely classy race, and Gowran has been very lucky for me’ 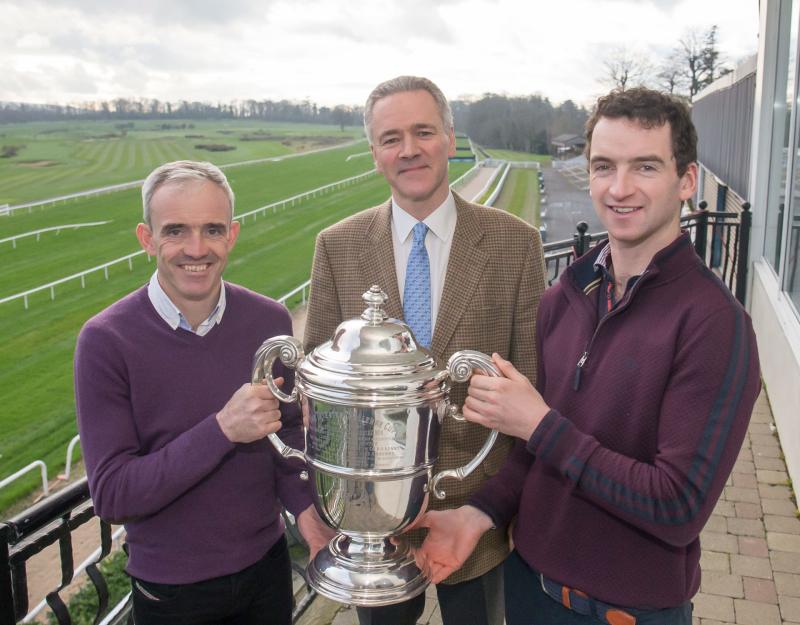 RTE television cameras will be rolling in Gowran next week for the biggest day in Kilkenny’s racing calendar and its main feature, the Goffs Thyestes Chase, on January 24.

It marks a return after almost 20 years for the national broadcaster, at a time when the venue has never looked better and following an excellent 2018 for the racetrack, which saw large crowds attend Thyestes Day, as well as other major draws such as Red Mills Day and Hurlers’ Day.

Racing enthusiasts from all over Ireland are again expected to descend upon Gowran next Thursday for the time honoured meeting. One of the flagship meetings of the Irish racing calendar, Goffs Thyestes Day is widely recognised as one of the best days in Irish racing, headlined by the famous Goffs Thyestes Chase.

Speaking at a launch event in Gowran Park on Thursday, champion jockey Ruby Walsh hailed the event as the ‘centrepiece of the week’, and lauded the fact it has remained a midweek race. The Kilkenny track has fond memories for Ruby, as its where he rode his first winner and 2,500th winner.

“The Thyestes has always been a hugely classy race, and Gowran has been very lucky for me,” he told the audience of press and racing fans.

The roster of previous Thyestes winners reads like a who’s who of Irish jump racing stars — from Arkle to Hedgehunter, from Flying Bolt to Djakadam. The feature race on the day is due to go to post at 3pm, and is supported by six other races, including the Grade 2 Galmoy Hurdle with a €40,000 prize up for grabs.

Ruby was joined at Thursday’s launch by top amateur jockey and assistant trainer Patrick Mullins, and Patrick’s uncle Tony, whose training ground is opposite Gowran park.

Unsurprisingly, the thus-far dry weather was a major topic of conversation, and conditions over the next week will be heavily scrutinised for any potential changes. Patrick Mullins described conditions as ‘frustrating’, while Ruby sagely observed that it had to rain sometime, ‘and if it starts, it won’t stop’.

Gowran Park manager Eddie Scally said that 2018 had been a very good year for the park, and the real aim in 2019 was customer experience at the track. A lot of entertainment is planned to accompany the racing, without intruding on the spectacle.

Mr Scally revealed there are big plans in place for 2020/21, which can come to fruition on the back of a successful 2019. These include a new owners and trainers’ lounge, and weigh room.

It’s the ninth year that Goffs has sponsored the big event, and CEO of Goffs Henry Beeby described the Thyestes as ‘perfect for us — an iconic race’. The return of RTE cameras, he said, shows the importance of the event to Ireland and its thriving racing scene.

The 2019 Goffs Thyestes Chase takes place at Gowran Park Racecourse on Thursday, January 24.
Gates Open at 11am with the first race going to post at 12.45pm. Tickets are available on www.gowranpark.ie or at Gowran Park on the day, priced at €20 for adults and €15 for OAP/students.

Group discounts are available by contacting Gowran Park on 056- 7726225. Courtesy buses will run from Kilkenny Castle Gates at 10.45am on the day, and return one hour after the last race.