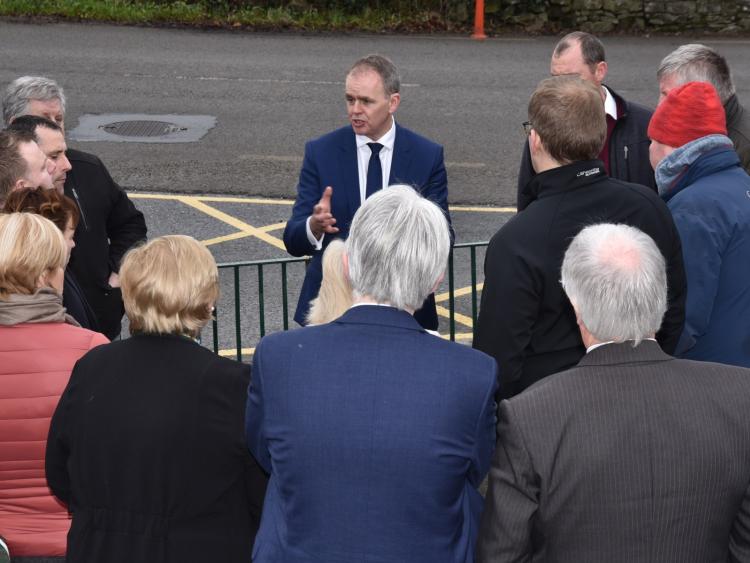 Families in Ballyhale affected by a lack of places on the schoolbus had an opportunity to speak to Minister for Education Joe McHugh today, when he visited south Kilkenny.

They have had to make alternative travel arrangements because of a lack of school transport for their children. Local TD John Paul Phelan, who accompanied Minister McHugh on his visit today, says that plans to change the eligibility criteria for the bus scheme are being considered.

“Under the current scheme, eligibility is considered on the basis of the nearest school. But parents in this area and elsewhere want the scheme to change so that proximity to the traditional school where they are enrolled should instead be considered," said Minister of State Phelan.

“Minister McHugh said that a plan for changes to the scheme are already in train. I’ve promised to relay news of changes which may resolve the local issue to the group as soon as they happen."

For more, see the Kilkenny People.