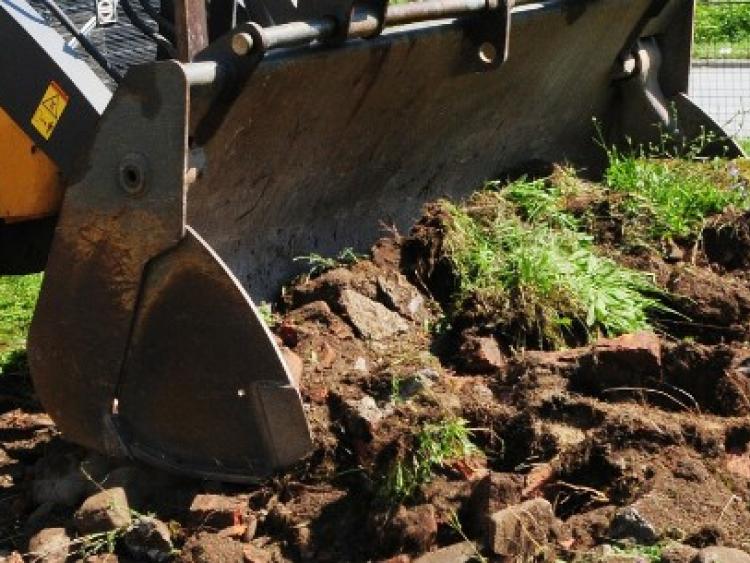 File Picture: Some of the foundations were covered over rather than being removed

A local councillor has raised questions over the costs of removing underground foundations from the site of the new community park and playground in Ferrybank.

The foundations are a legacy arising from a housing development previously commenced on the site, before it was was discontinued. Cllr Melissa O’ Neill says she was under the impression the foundations were to be removed when the original development was abandoned.

It transpires that some of the foundations were covered over rather than being removed, and in order for the park development to go ahead, they now have to be dug out or worked around.

Cllr O’ Neill raised the issue at recent meetings of Kilkenny County Council and the Piltown Municipal District. She has asked whether or not the council paid to deal with the foundations the first time around, and how much it is now costing to remove them.

At the Piltown meeting, director of services Sean McKeown confirmed there had been discovery of “some foundations we didn’t envisage would be there” and this had “come as a bit of a shock”. However, he said he believed they could work around it and the park could still be delivered.

Area engineer Ian Gardiner said he had not been involved in the first contract, but some of the foundations were very deep, and he could understand how they would be missed.

Cllr O’ Neill has again expressed concern over the ongoing delays to the project.

“This was to start last October — it’s been needed for ages, it’s in the Development Plan,” she told the Kilkenny People. “There needs to be accountability.”