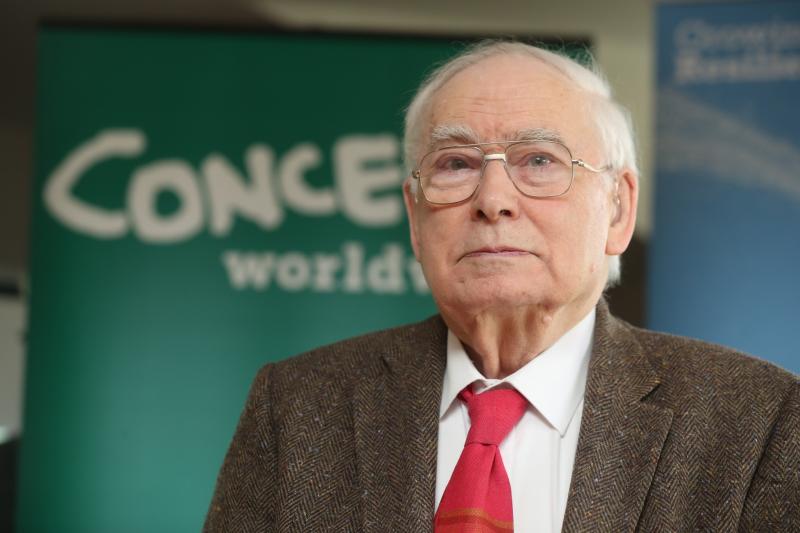 A SECRET code that included hurling rivals Kilkenny and Tipperary was used during a major aid operation amid a war in West Africa.

Concern Worldwide’s co-founder John O’Loughlin Kennedy (86) has revealed for the first time the existence of the code used by him and other volunteers as they tried to help people suffering from famine caused by a civil war between Biafran secessionists and Nigerian government forces in 1968/9. Africa Concern, as it was then known, used Gaelic football and hurling terms to try and confuse anyone trying to eavesdrop on their communications so they could safely discuss movements and get information about the war and humanitarian disaster back to the Irish public.

“In the GAA, Kilkenny and Tipperary are traditional rivals so we made them stand for the warring parties,” said John.

“Kilkenny was the Biafran breakaway State and Tipperary was the Federal Nigerian government forces.

“War reports took the form of GAA matches in which those who were winning were playing up front and the losers were described as playing in the back positions.”

He said that after the war ended, he was told that their calls had been monitored by Nigeria’s allies, but that their unique code was never cracked.

“They could crack the Enigma code, but they never had anyone with the background knowledge to crack the GAA code,” he said.

John said the code was first used by the late missionaries Fr Kevin Doheny and his brother Fr Mike Doheny, who grew up in Ballinakill, Co. Laois, which is very near Castlecomer in Co. Kilkenny.

The Holy Ghost missionaries were in Biafra with the refugees displaced by the war and were also key to the formation of Concern.

“The county towns of Kilkenny and Tipperary stood for their capital cities, Enugu and Lagos and Castlecomer stood for Owerri where they had both worked as missionaries,” said John.

“That was the start and the code developed intuitively from there on,” he added.

Concern’s co-founder said that while the Irish public was donating what would amount to the equivalent of €70 million in today’s money for Biafrans suffering from famine, all telephone links and postal services were cut off by a blockade that was also preventing the movement of people and goods into and out of the region.

“Despite this, Africa Concern had broken through the blockade and was part of a nightly airlift into a secret jungle airstrip transporting vast amounts of aid bought with donations from the Irish public,” he explained.

They communicated with Dublin using amateur radio enthusiasts called “radio hams” in Biafra and in the Netherlands where an operator found a way to link the short wave signals to a telephone.

“We could then talk with Fr Kevin Doheny, who was very well informed about what was going on,” said John.

“We thus had the most up-to-date and accurate information on the progress of the war and the week-to-week needs of the famine relief team in Biafra. We took advantage of this to keep the news of the conflict and the famine in the minds of the Irish people.”

More information about Concern Worldwide and how to support the organisation can be found on its website Concern.net.