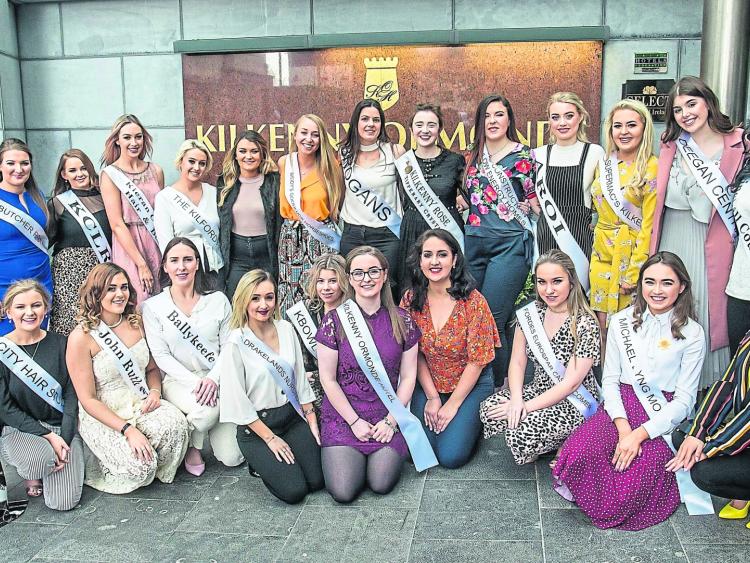 Some of the girls taking part in a recent Kilkenny Rose Selection event at the Ormonde Hotel . Selection night is tomorrow

It doesn’t seem too long ago that a South Kilkenny woman was chosen to take the world Rose of Tralee title yet now the local search for a potential successor is just days away.

Kirsten Mate Maher from Bigwood, Mullinavat, represented Waterford in the national competition in Kerry last year while our county was super proud of its choice, Helena Hughes who did well in the Dome. This Saturday, Helena’s reign comes to an end at the Ormonde Hotel where the Kilkenny Rose Selection takes place.

It gets under way with a drinks reception from 6pm which has been organised by Brogan’s Bar before the contenders do their bit to show that they deserve to be the next to wear the sash.

The leading lady will be picked to go on to the long-standing contest which runs from August 23 to 27.  It’s a big year for the event too as it marks its 60th anniversary.