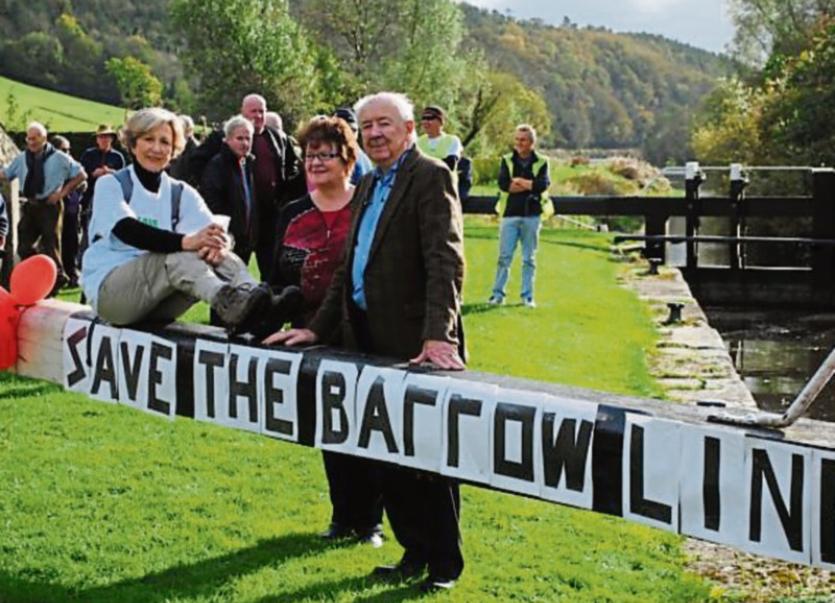 An Bórd Pleanala have announced their decision in relation to the controvertial Barrow Blueway this afternoon.

Permission has been refused.

An order has been made by An Bórd Pleanala today (Wednesday) refusing permission for the 115km 'multi-use shared leisure route.'

The proposed development was to be located along the existing navigation tow path, which is a National Waymarked Way. The route traverses parts of counties Kildare and Laois as well as Carlow.

Carlow County Council had refused permission for the project in February 2018 but the decision had been appealed to An Bórd Pleanala by the Save the Barrow Line group, by Waterways Ireland and by others.

In making it's decision An Bórd Pleanala took several matters into consideration  (summarised below from the report):

The Board was not satisfied, beyond reasonable scientific doubt, the plan would not adversly affect the integrity of the Rive barrow and River Nore Special Area of Conservation.

This is in regard to the otter habitat and the "unbound surface of compacted stone and dust" within a flood zone.

The proposed development would materially contravene Heritage Objective 5 and Heritage Policy 2 of the Carlow County Development Plan 2015-2022 and would be contrary to the proper planning and sustainable development of the area.

The Board considers the level of detail submitted regarding the capacity of the route is not such as to enable an accurate assessment of the extent of restricted widths along the route. The Board also has concerns with regard to the methodology and projection of likely user numbers.

On the basis of the information available it is considered that the proposed development would, therefore, endanger public safety by reason of likely user conflicts, would lead to the creation of a potentially hazardous and low quality experience for users.

The proposed development would interfere with the character of the existing landscape, would be contrary to the policies of the Carlow County Development Plan relating to the protection of sensitive landscapes ans scenic assets.