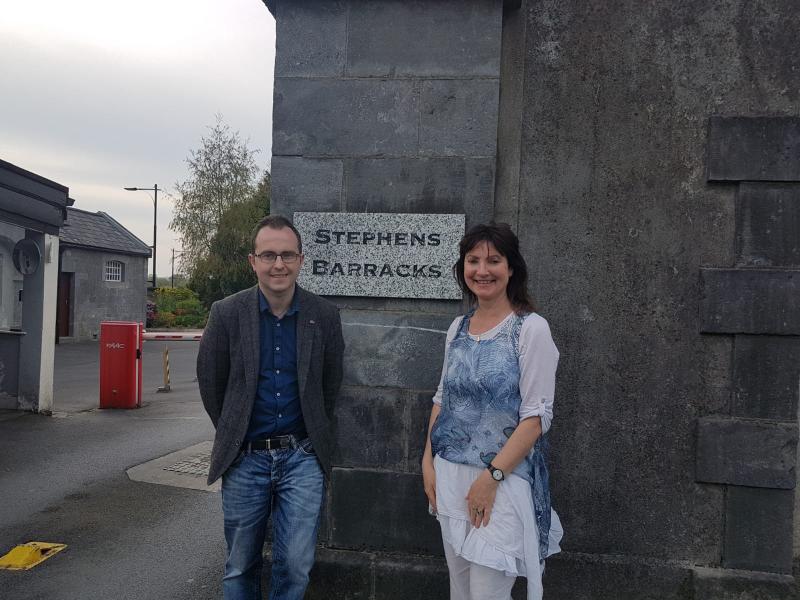 A public meeting in support of pay restoration for the Defence Forces will be held in Kilkenny this Saturday.

The event, co- hosted by local election candidate Paul Brophy and local and European candidate Breda Gardner, will take place in the Club House Hotel on Saturday, April 27 at 2pm.

Invited guest speakers for the event will be two former Defence Force members, including Senator Gerard Craughwell and local man, former Military Police and Chairman of Veterans of the Island of Ireland Association, Paddy Horohan. They will also be joined by Shelley Cotter will be traveling form Cork to represent the Wives and Partners of the Defence Forces (WPDF).

“The members of the Defence Forces have been fighting for restoration of pay and conditions for a number of years,” said Mr Brophy.

“Poor pay is affecting retention and recruitment of Defence Forces.”

“It is about time our local representatives, county councillors and TDs stood up and be a voice for our brave loyal men and women of the Defence Forces and their families here in Kilkenny,” he said.

“Serving Defence Forces members cannot speak out publicly or strike for better pay condition But we the elected representatives can and must be a voice for the wives and mothers and demand the government treat our defence forces with the respect they truly deserve in the pay conditions.

Cllr Gardner and Mr Brophy said the local James Stephens military barracks contributes to the economy to Kilkenny, and local businesses benefit from having the 3rd Infantry Battalion stationed her. The pair said they are calling upon the elected members of Kilkenny County Council to verbally support and put their words into action for the members of the Defence Forces, and restore the pay conditions to pre-2008 levels.

“We call for a full functioning Ministry of Defence with a full Cabinet Minister — not just a figurehead. In fact An Taoiseach Leo Varadkar is doing two jobs Taoiseach and Minister for Defence; this is not acceptable and not functional and not working, and doing our Defence Forces and our country an injustice,” said Mr Brophy.

“We live in a proud military city and where generations of family members have all served in the Defence Forces with great honour and distinction. Let us all be a voice for the members of the Defence Forces and their families and demand better pay conditions."

All are welcome to attend the meeting in the Clubhouse Hotel on Saturday from 2pm.