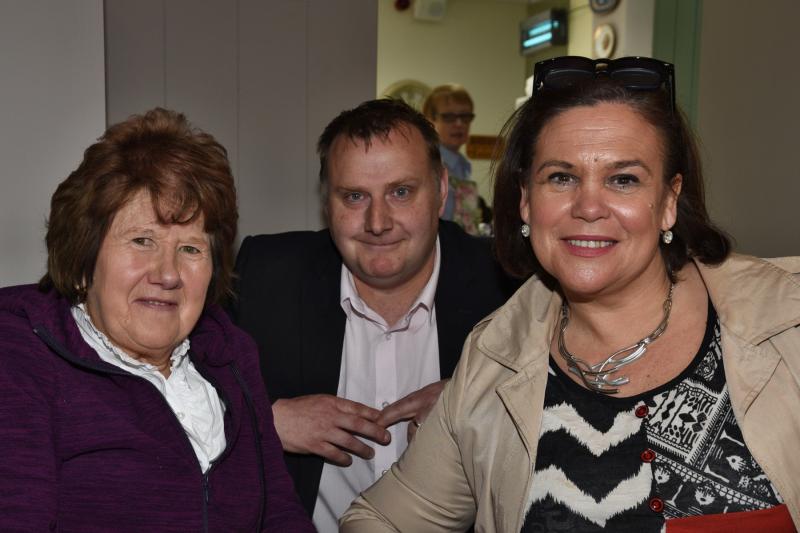 Sinn Féin leader Mary Lou McDonald was in Kilkenny on Monday, where she visited Ballyhale to see the community tea rooms and shop which opened last year.

She was greeted by the local Sinn Fein councillor David Kennedy, and accompanied by MEP Liadh Ní Riada and TD Kathleen Funchion.

Deputy McDonald said the tearooms project was testament to the hard work of the community and volunteerism. She paid tribute to Cllr Kennedy for the efforts he has made representing the community over the past five years, and wished him well in the upcoming local elections.