Three elected in Castlecomer Electoral Area, with surplus to be distributed 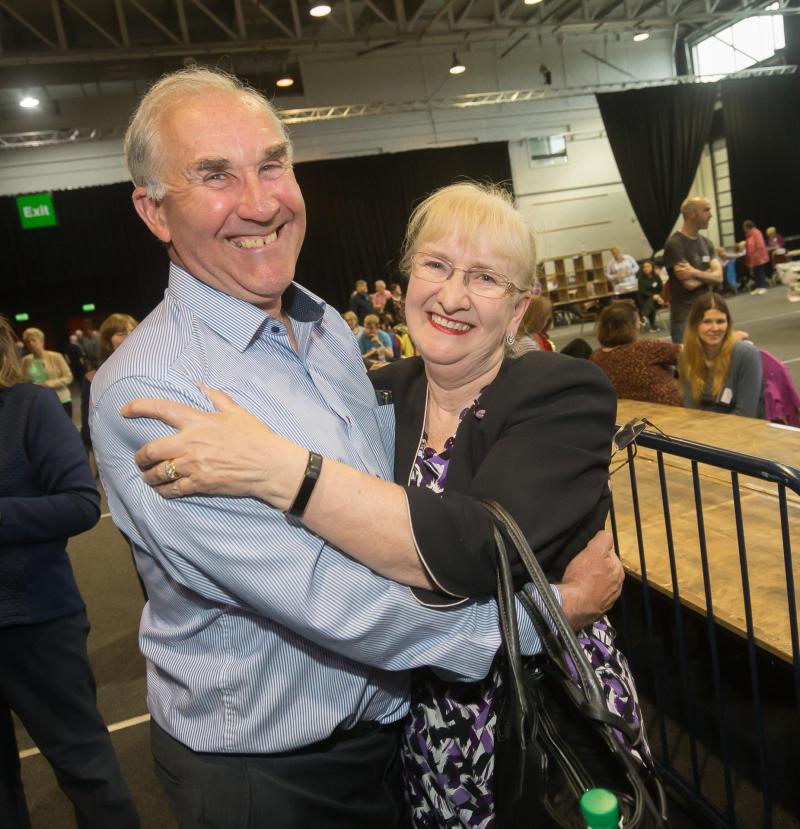 Fine Gael's Mary Hilda Cavanagh has been elected in the Castlecomer Electoral Area, and is Ireland's longest-serving councillor.

She was first elected at 23 years old, and has held a seat in North Kilkenny for five decades now. She has stood in and succeeded in every local election since 1974.

Cllr Cavanagh said there certainly had been changes in the role of a local representative over her years of service.

"[The role] has changed in that it is a full-time job - the time commitment and social media are the big changes," she said.

"One thing that hasn't changed has been how nice and courteous people have been, how nice they are. The welcome you get and the kettle on."

Three sitting councillors, including the longest-serving councillor in the country, have been re-elected in North Kilkenny in the first count - Cllr Cavanagh, Cllr Michael McCarthy, and Cllr Pat Fitzpatrick, who topped the poll with 2,249 first preference votes.

The Labour Party appears to be positioned to retain its seat through a new candidate Denis Hynes, a trade union official from Goresbridge. He has a first preference vote of 1,098. Long-serving Labour councillor Maurice Shortall did not seek re-election.

There looks to be no seat for Sinn Fein representative Joseph Kavanagh, and tallies from other areas in the county indicate the party is in danger of not winning a single seat. In the 2014 elections, the party secured three seats.