LATEST: Three elected in Kilkenny City as of 1am 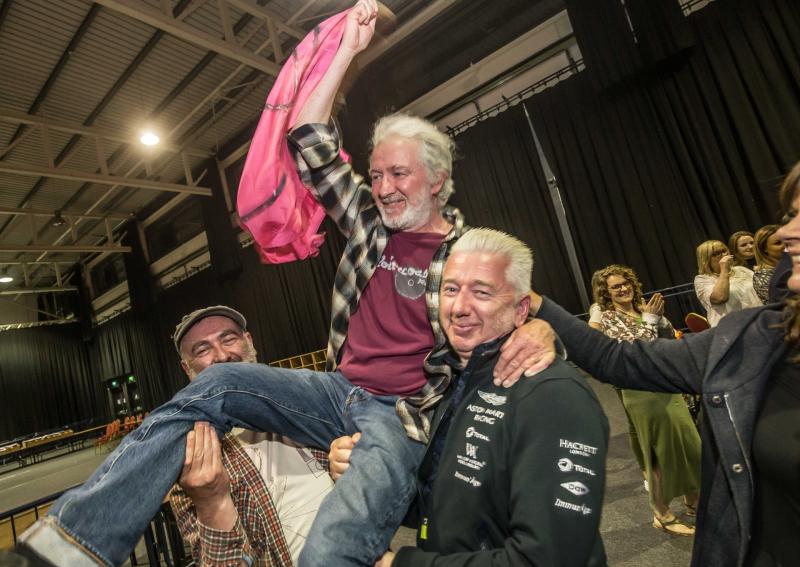 Cllr Malcolm Noonan is held aloft by supporters, including his brother Dermot, as he is deemed elected

Three councillors have been elected in the Kilkenny City area  with initial counting finishing at 1am this morning. It will resume tomorrow at 9am.

Sitting councillor Andrew McGuinness has topped the poll with a vote of 1,860. The son of Fianna Fail TD John McGuinness, he polled strongly in almost every area.

His running mate,Fianna Fail councillor Joe Malone, has also been elected, with a first preference vote of 1,271. In line with the national 'Green Wave', Green Party councillor Malcolm Noonan (1,485) has received a huge vote from the electorate.