Here are the big stories and Kilkenny's new council make-up 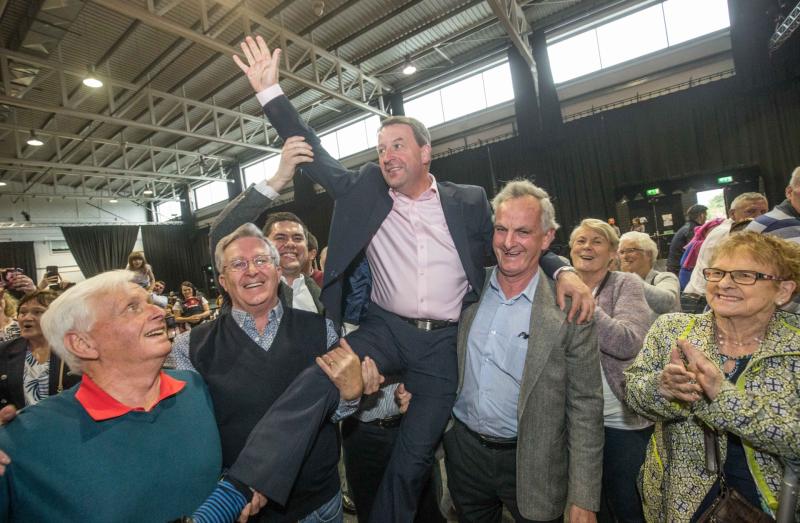 Outside of the 'Green Wave' and the collapse of the Sinn Fein vote, the election of local TD John McGuinness' brother Eugene, a non-party candidate, is the big story from Kilkenny today.

Mr McGuinness, whose nephew Andrew McGuinness has topped the poll in the same city area, received 826 first preferences. He secured enough transfers from other candidates to win a seat on the 11th and final count. The independent candidate was a prominent campaigner against proposals for the construction of a mosque in the Hebron area of Kilkenny City. Following the granting of planning permission by Kilkenny County Council, the scheme was ultimately refused by An Bord Pleanala only a fortnight ago.

Mr McGuinness previously ran in the 2009 local elections, where he received 302 votes on the first count, in which Cllr Andrew McGuinness topped the poll with 1,880 votes.Yesterday evening, the count for Kilkenny City took until almost 11pm to finish, with Labour Party candidate Andrea Cleere's 582 votes distributed among the three candidates fighting for the final seat.

A major talking point from the election has been the success of Fianna Fail's Pat Fitzpatrick in North Kilkenny. After losing his seat initially in 2009, he topped the poll in the Castlecomer Electoral Area this time, with 2,249 first preference votes.

Fellow Fianna Fail councillor Joe Malone was elected in the city on Saturday with a first preference vote of 1,271. In line with the national 'Green Wave', Green Party councillor Malcolm Noonan (1,485) received a huge vote from the electorate.

The city Sinn Fein seat meanwhile, previously held by sitting TD Kathleen Funchion until 2016, has been lost. Sean Tyrrell was co-opted in her place following her election to Dail Eireann, and this was his first time to contest an election. Mr Tyrrell received a first preference of 548 votes. Transfers were not enough to get him across the line however, and there will be serious questions asked with no councillors returned across the constituency, with three having been elected in 2014.

Another talking point will be the re-election of two former councillors - Martin Brett (FG) and John Coonan (FF) - who lost their seats in the 2014 Local Elections. They both managed to win back a seat in the final count in Kilkenny City.

In North Kilkenny, Fine Gael's Mary Hilda Cavanagh retained her seat and became Ireland's longest-serving female councillor. She was first elected in 1974 at the age of 23, and has won every local election she has contested since.