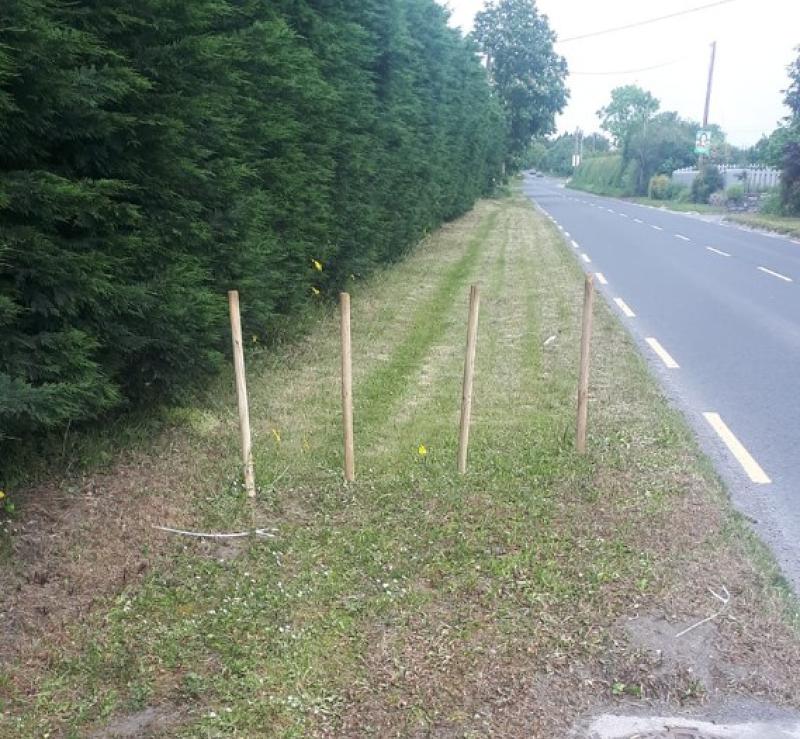 Posting on social media this morning, the Fine Gael councillor sought its return so that he can re-use it.

A local councillor who was freshly re-elected at the weekend has been left scratching his head this morning, after one of his large election posters disappeared overnight.

Bennettsbridge man Patrick O' Neill received a first preference vote of 1,399 and was elected on the seventh count. But when he went to collect his election posters this morning, he discovered an unknown person has made off with his poster.

Whoever the thieves/admirers were, they carried away the giant poster which was held in place by four stakes in the ground on the Bennettsbridge Road. Posting on social media this morning, the Fine Gael councillor sought its return so that he can re-use it. 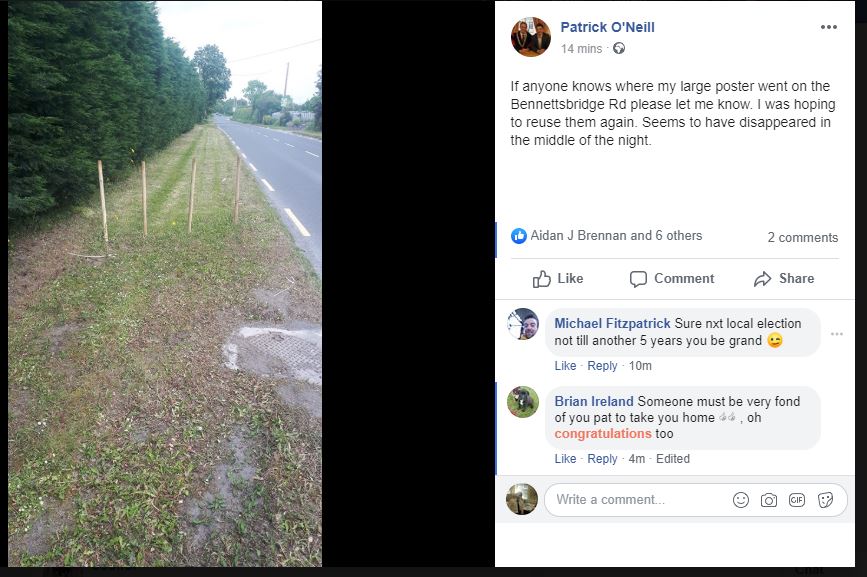 "If anyone knows where my large poster went on the Bennettsbridge Rd please let me know," he said. I was hoping to reuse them again. Seems to have disappeared in the middle of the night.