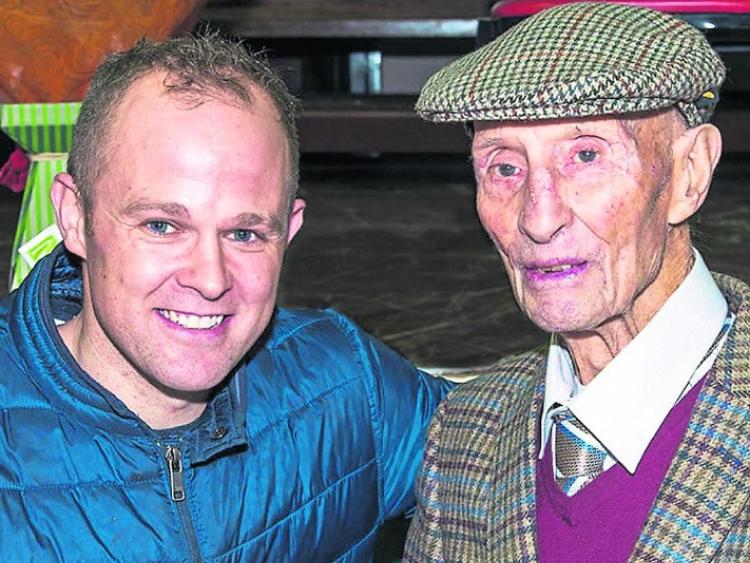 The death has occurred of 101 year-old Dick Walshe of The Church, Tullaroan. His wife Kitty passed away just nine days ago.

He was synonymous with the GAA and was president of Tullaroan GAA club at the time of his death.

He hurled with one of the greatest, Lory Meagher, won a county senior championship medal in 1948 with Tullaroan and played senior hurling with Kilkenny in the 1950s.

he loved to tell a yarn, say a poem and his passing has taken a great Gael from Tullaroan.

He was a great Fianna Fail man and was delighted when his neighbour Michael Delaney was elected to Kilkenny County Council on Saturday.

Reposing at Molloy’s Funeral Home, Callan on Wednesday from 4pm. Funeral Prayers at 6pm followed by removal to The Church of the Assumption, Tullaroan arriving approximately at 7.30pm. Requiem Mass on Thursday at 12 noon with burial afterwards in Tullaroan Cemetery.