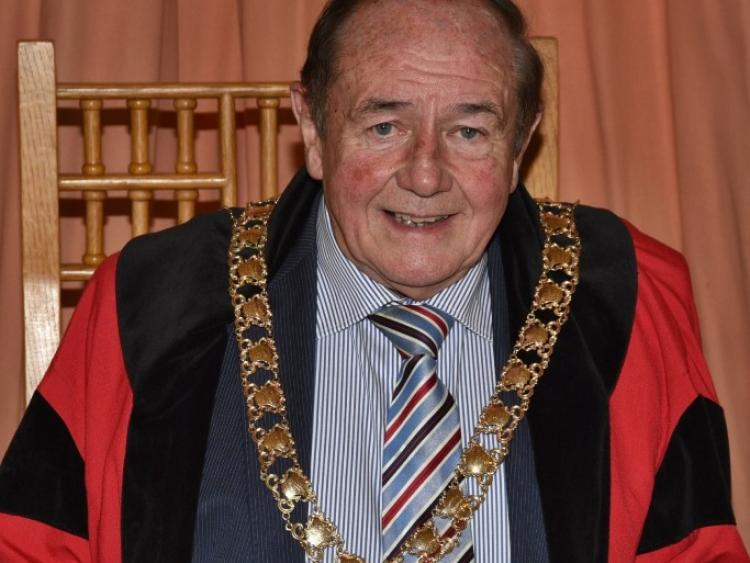 Fine Gael councillor Martin Brett has been elected as Mayor of Kilkenny for the fifth time, following his return to City Hall after five-year absence from local politics.

He was elected unopposed at the annual meeting of Kilkenny City Municipal District today. Had Yogi Berra been there, he might have remarked 'it was like déja vu all over again'. Fianna Fail councillor John Coonan, who like Mayor Brett lost his seat in 2014 but won it back last month, was elected unopposed as Deputy Mayor.

The pair return, however, to a different-looking council chamber in City Hall. With seven city councillors, there are just six member seats on the floor in front of the top table, compared to the 11 of years gone by.

It was Cllr Andrew McGuinness who formally proposed Cllr Brett as Mayor, and this was seconded by Cllr David Fitzgerald.

Outgoing mayor Peter 'Chap' Cleere handed over the chain of office to Mayor Brett, and wished him well. He thanked everyone for their help and support, as well as the people of Kilkenny for their kindness and courtesy. Councillors and executive thanked for his term in office, and praised him for his energy, dedication and enthusiasm.

Thanking his proposer and seconder, Mayor Brett noted he had also been "the last person elected mayor after the debacle that happened me in 2014". He said the issues of focus for his term would be things like business closures in the city, the number of vacant houses, a university for the South-east with a campus here.