'Lampbot’ is a robotic friend, which uses software to make eye contact and work out how people feel 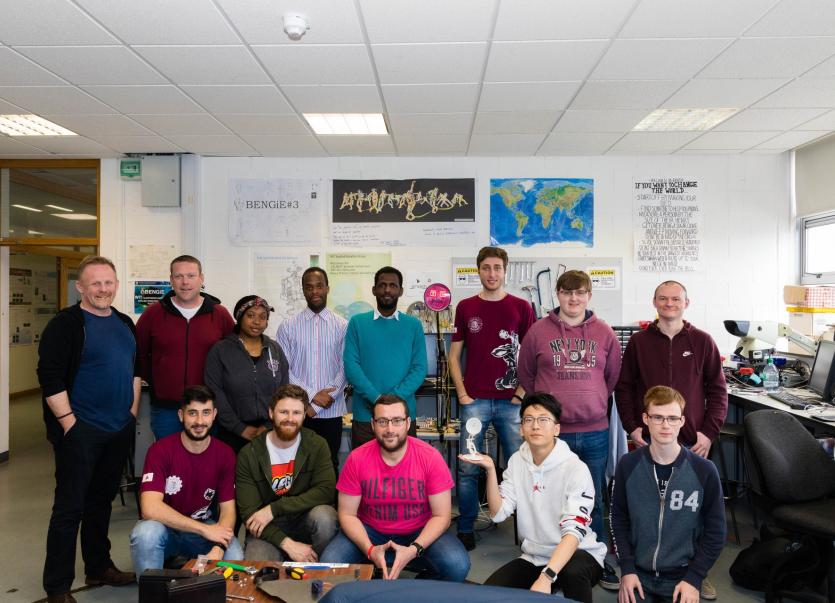 A picture of the WIT group: Brian is pictured back row, second from left.

A Kilkenny man has been involved in the creation of a new robotic home friend which could be used facial expressions and work out how people feels.

Imagine a world where smart home assistants like Google Assistant, Alexa, or Siri were more than a voice? Internet of things and electronic engineering students at Waterford Institute of Technology (WIT) have been busy in the institute’s Applied Robotics Lab working on the emerging area of social robotics.

Together they have created a ‘Lampbot’, a robotic friend, which uses software to work out how people feel and Google’s latest chatbot technology to assist where it can.

Brian Prendergast from Mullinavat has just completed the Bachelor of Engineering, in Electronic Engineering and intends to continue onto the follow on course BSc (Hons) in Applied Electronics. He was also involved in designing present and future display units which could be used to enhance the facial expressions on the lampbot going forward, and also the designing of the head dress attached to the lampbot. 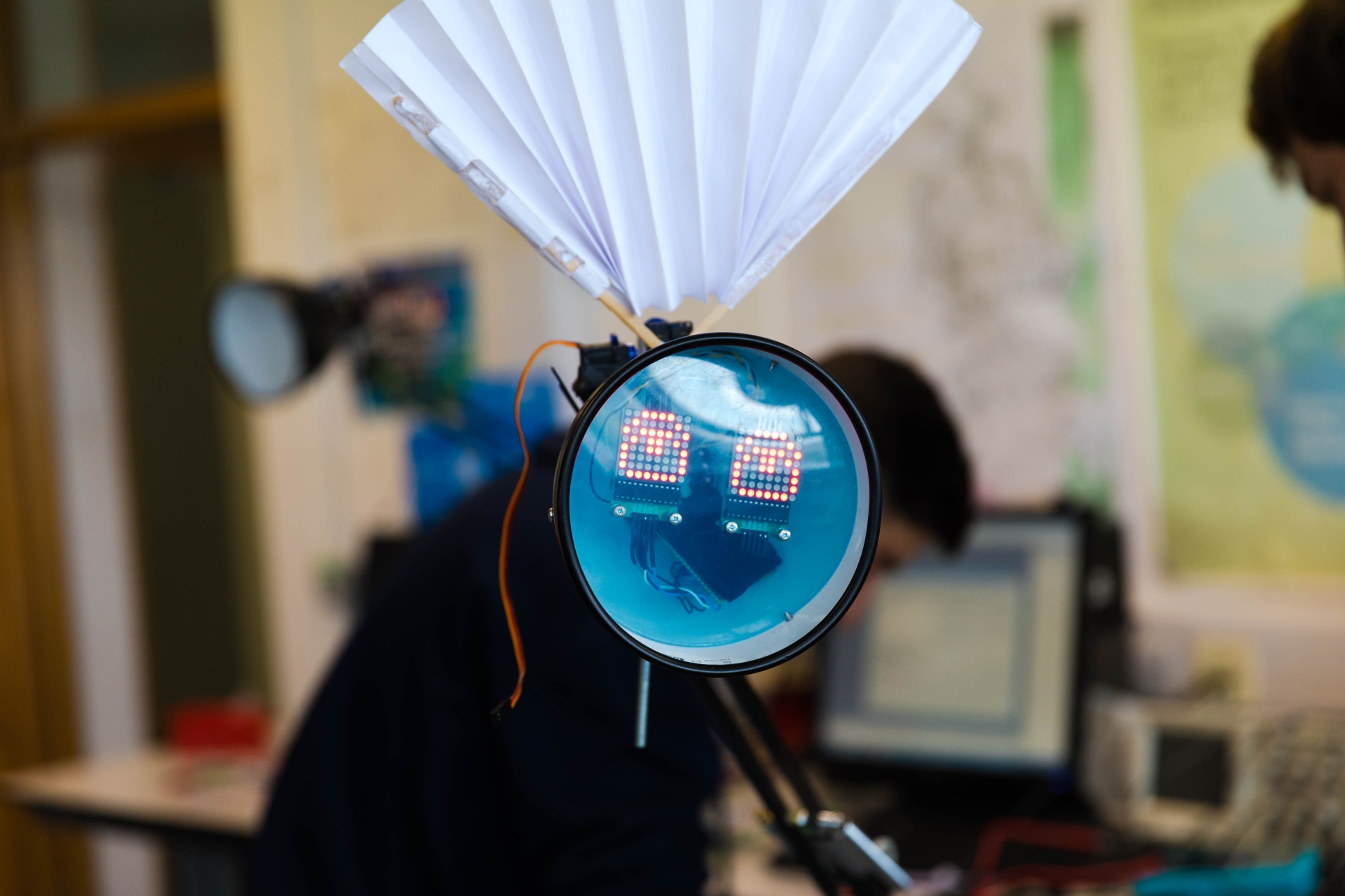 What’s different about this student project is that students have created an assistant that is socially acceptable in a home environment, by combining the physical build of a robotic arm and Google’s chatbot technology with a domestic lamp. It not only has all the answers but can also read human emotions and expressions and then respond accordingly with its own body language using its movement, eyes and head dress.

“One of the most powerful ways for humans to communicate with each other is with eye contact," says WIT School of Engineering lecturer.

"The students leveraged this human trait in the design of the robot, helping the Lampbot to make more of an emotional connection with its humans."

Combining robotic arm technology with a home lamp, WIT students created the “world’s first 6-axis Robotic Lamp Assistant”. Combining the latest in linear actuators and vision systems with Google’s speech recognition and chatbot technology WIT students have created a robotic home assistant “with the moves to back up the talk”.

Kilkenny student Brian's role began with the overall design of a microcontroller PCB, this was built and used to enable communication within a CAN network to enable the lampbot to function as required.

“The main aspects of enjoyment for me included the design from start to finish, and also working individually and as part of the team, as every section of the project was discussed and scrutinised as to the function and probility between my colleagues and the head lecturer before the  final idea could be introduced to the project," he says.

"The initial PCB implementation included the design and construction of the hardware, this design was then used to communicate with the lampbot by using programming languages that instructed the various sections of the lampbot to perform. As a bonus this project was directed towards school going children and I felt that the extra movement attached to the lampbot, would entice more interest to the project. As a standalone project the future is bright, as many applications can be added to enhance the project further which could be beneficial to the general public and children with sensory processing disorders etc.

"In relation to the sensory processing disorders, this is part of a wider spectrum of autism which was mentioned between my colleagues and myself, basically my view was to include beneficial stimulation with this project to cater for every child no matter their role in society. There is no personal connection with this topic, but inclusion of the masses is always the best approach to take."

Brian previously worked as a sales rep and was prompted following the demise of the Celtic Tiger to follow a new career which began with various courses been completed which included Comptia A+, ECDL, and Computer Maintenance.

“The direction in engineering came naturally as I always had a keen interest in electronics, from the time I self-built my own home all the appliances and services within the home, are maintained by myself," he says.