The Priests are coming to raise the Cathedral roof 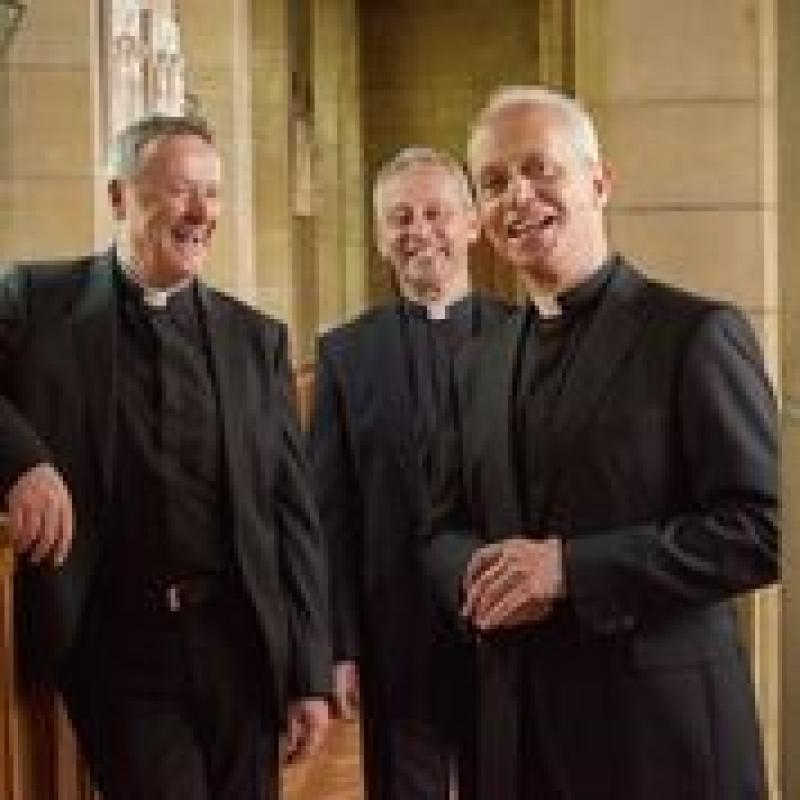 On Friday the 27th of September the world-famous trio 'The Priests' will perform live in the Cathedral of the Assumption in Thurles.

All the proceedings from this once-off performance will be going towards the fundraising initiative to replace the roof of the Cathedral of the Assumption.

Their fame is not to be downplayed. The Very Reverend Eugene O'Hagan alongside his singing brother Fr Martin O'Hagan and their friend, Fr David Delargy performed for Pope Francis last September during his visit to Dublin for the World Meeting of families. The Priests shared the stage at London's Hyde Park with Pope Benedict XVI during his 2010 visit to the UK. They have become one of the best know classical  trio on the planet - especially when it comes to  performing sacred music and popular anthems.

The trio have been singing together since they boarded in the 1970s as students at St MacNissi's College in Antrim. After signing a deal with SonyBMG in April 2008, the priests, all from the Diocese of Down &amp; Connor, recorded their debut album, &quot;The Priests&quot;, in Northern Ireland and Rome, with the unusual honour of having been allowed to record in St. Peter&#39;s Basilica, The Vatican.

'The Priests' album was released by Epic Records and has since been released worldwide in over thirty countries and preceded y an ITV documentary and PBS special in the United States. In December 2008, they scooped the Guinness World Record for "Fastest-selling UK debut for a classical". The debut album turned 7 times platinum in Ireland, and platinum in UK, Sweden, Norway as well as going gold in New Zealand, Canada and Spain.

Their second album, entitled "Harmony" was released  in November 2009 and has reaped platinum awards in Ireland and Sweden, where the album reached the No 1 spot in the Swedish charts just before Christmas 2009.

The group's concert schedule does not follow the usual band format as clauses in their bespoke contract places the emphasis on them continuing their pastoral work in their respective parishes and in the Diocese of Down & Connor.

The trio's first Christmas album, “Noel” was released in  November 2010. The album debuted at 3 on the US Top Classical Albums Chart and 18 on the Top Christian Albums Chart. In Canada, the album charted on 100 on the Canadian Albums Chart and 8 on the Canadian Classical Albums Chart. In  2010 they released an autobiography “Soul Song: Reflections On An Unexpected Journey.” They followed up in  April 2012 with  “Then Sings My Soul - The Best Of The Priests” featuring one new song: Danny Boy and, they continue to tour successfully in Europe, Canada and the U.S.A. In early 2015 The Priests re-signed their recording contract with Sony Music. The album entitled "Alleluia" was recorded in 2016 and released last November - by the end of the month the original supply in the US had sold out.