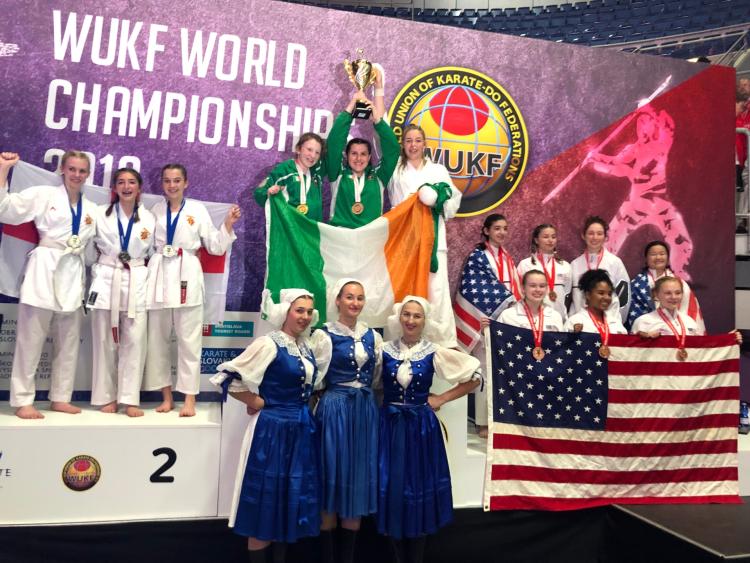 Lynda and David Gahan from Kilmacow became world champions at the World Union of Karate-Do Federations (WUKF) World Karate Championships held in Slovakia. Lynda won the Team Event with two other girls from her club in Waterford. David won his 3rd world title by beating a fighter from Belarus in a tense final.

This has put David in the WUKF history books as no other Irish athlete has achieved such a remarkable record.

Members of the Irish Karate Federation took Bratislava by storm at the WUKF World Karate Championships in Slovakia. The team of 25 were part of the Irish Karate Federations national squad representing Ireland at one of the biggest World Championships ever held with 2700 competitors. The team managed to win an astounding 9 gold World Medals, 2 silver and 15 bronze. This is the first time in Wukf history that an Irish Club has Achieved this success.