One motorist clocked 53kph in a 30kph residential zone 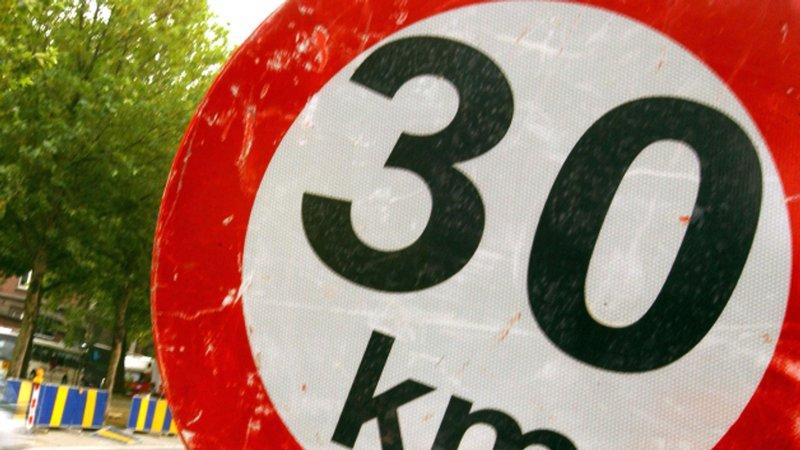 Between them, local councillors have requests for traffic calming/speed ramps in 20 city estates

More than half of motorists driving in three Kilkenny City housing estates are exceeding the 30kph speed limits, according to speed surveys conducted by Kilkenny County Council.

Given the high percentage of speed violations in each, these three housing estates have been prioritised to receive new traffic-calming measures this year, but other estates will have to wait or may miss out entirely, instead receiving warning signs in lieu of speed ramps.

Between them, councillors in Kilkenny City Municipal District have requests for traffic calming/speed ramps in 20 city estates. The 2019 roadworks budget has set aside €10,000 for the works, and each speed ramp costs €2,250 to install plus Vat.

Estates are assessed by way of automatic way of automatic traffic counters and speed detection units. At the July meeting of Kilkenny City Municipal District, senior engineer Simon Walton said where surveys were undertaken, the three with the greatest speed violations were noted. While some of the surveys support the introduction of measures, others suggest that measures are not warranted in some estates.

While the speed limit in housing estates is 30kph, speed surveys showed a wide variance in terms of violations. The survey in Riverview, Ardnore, for example, indicated that no motorists violated the speed limit. In Maiden Hill, 25% of drivers exceeded the speed limit, while the figure was down to single digit percentages for areas in Rose Hill Crescent and Rosewood. Surveys are under way in a number of other estates.

Mr Walton said that if all the calming works were to be done in all merited estates immediately, it would cost €60,000. He said he understood it is frustrating for residents’ associations which were not successful this time, but caution signs would be erected. The new council will need to look at it as something to advance in the budget over its five-year term. Regardless of the ramps he said, it did not absolve motorists of their responsibility to behave correctly.

Mr Walton also stressed that, while 30kph was the limit, there were places where this was probably still too fast. He said the speed limits were ‘not a target’, they were the maximum permitted speed.

Cllr Andrew McGuinness said he was delighted to see the three progressing, but was disappointed that only signage was being suggested for Rosewood.

“I am disappointed with that as I do believe there’s a necessity for the speed ramp myself,” he said.

Cllr Joe Malone expressed concerns that people were not adhering to speed limits on signs, and there needed to be ramps.