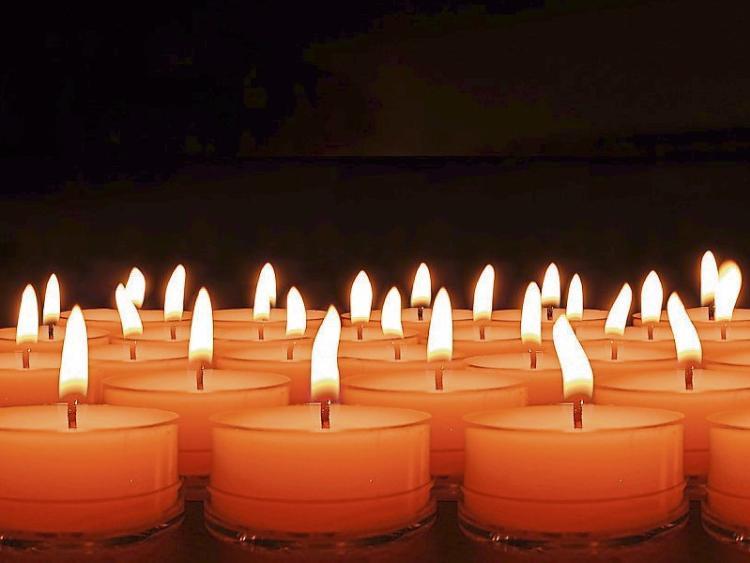 RIP: The following deaths have occurred

Reposing at Reilly's Funeral Home, Leinster Street, Maynooth on Friday from 4pm to 8pm, with prayers at 7pm. Removal on Saturday morning at 10.30am to arrive at St Mary's Church, Maynooth for 11am Funeral Mass, followed by burial in Laraghbryan Cemetery.

Reposing at Molloy’s Funeral Home, Callan on Friday, 23rd August, from 6.30pm with Rosary and Vigil Prayers at 8pm. Funeral Prayers on Saturday morning at 10am followed by removal to St. Brigid’s Church, Ballycallan arriving for Requiem Mass at 11am. Burial afterwards in St. Mary’s Cemetery, Ballykeeffe. House private please.

The death has taken place of Robert (Bobby) Shirley, Cruttenclough, Castlecomer, Kilkenny. Peacefully in St Luke’s Hospital, Kilkenny. Beloved husband of Frances, loving father to Sylvia and Desmond, his son-in-law, John and daughter-in-law, Audrey, and grandfather to Alan, James, Ruth and Holly. Predeceased by his sister, Betty and brother, George. Bobby will be greatly missed by his family, his brothers, Dick and Billy, his sister, Nancy, his nieces, nephews, cousins, neighbours and a large circle of friends.

Reposing at his daughter Sylvia’s residence, R95P20R, on Friday from 4pm to 9pm. with prayers at 7.30pm. Removal on Saturday to St Mary’s Church, Castlecomer, to arrive for service at 2pm followed by interment in the adjoining churchyard. House private on Saturday please.

Reposing at her home in Courtnaboughla (R95 F6V3) on Thursday from 4pm to 9pm and on Friday from 2pm with Rosary at 8 pm. Removal on Saturday morning to Our Lady of Lourdes Church, Skeoughvosteen, arriving for Funeral Mass at 11am. Interment afterwards in the adjoining cemetery. House private on Saturday please. Family flowers only. Donations, if desired, to Gahan House, Graignamanagh.