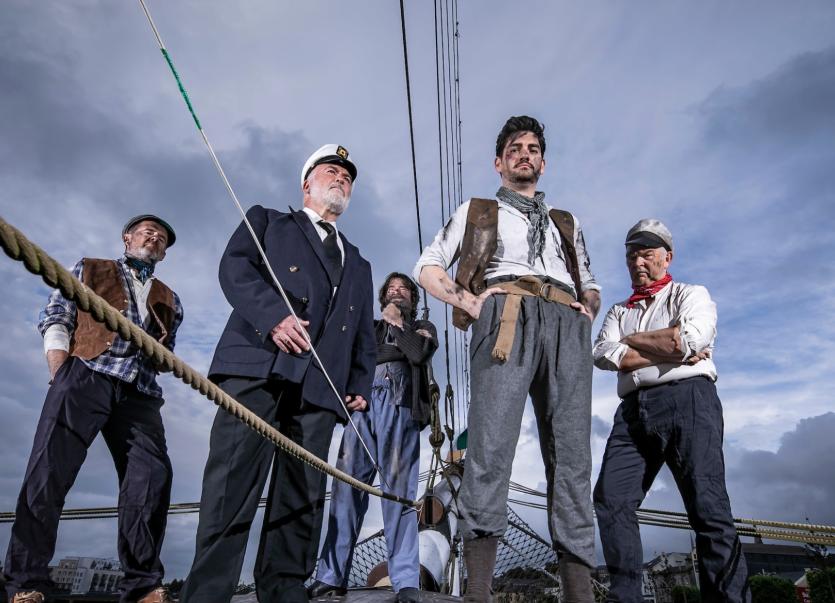 The Eugene O’Neill Festival will be held in New Ross, from October 8 to 13.

While production of the Glencairn Cycle of plays will be showcased during the US Eugene O’Neill Festival this September in San Francisco Bay.

The Wexford cast of the Glencairn Cycle of plays have been invited to perform as part of the US festival which celebrates the life and works of Eugene O’Neill in California.

On September 1 the Irish production will be staged on the Balclutha berthed at Fisherman’s Wharf in San Francisco Bay.

The award-winning Long Days Journey Into Night, tells the story of the O’Neill Family emigration from New Ross.

Eugene O’Neill’s father James was born in 1845 in Tinneranny, one mile from New Ross in county Kilkenny.

He emigrated as a small boy with his family from the quayside of New Ross in 1851.

Eugene O’Neill retired to Tao House in Danville, California in 1937 where he then wrote four of America’s greatest plays including his autobiographical masterwork, Long Days Journey Into Night.

St Michael’s Theatre, New Ross will be the main venue of the festival which will open on Thursday, October 10 with a production of Long Day’s Journey Into Night.

Twice daily aboard the Dunbrody Famine Ship berthed at New Ross will be the Glencairn Cycle of Plays, a series of three one-act plays directed by Paul Walsh set aboard the fictional ship the ‘SS Glencairn’, Bound East for Cardiff, The Long Voyage Home and In the Zone.

These three one-act plays will be presented in one sitting lasting an hour.

A number of lunchtime sessions will also be on offer on October 10 and 11 at 1 pm, featuring readings and performances of a selection of O’Neill’s short plays and writings.