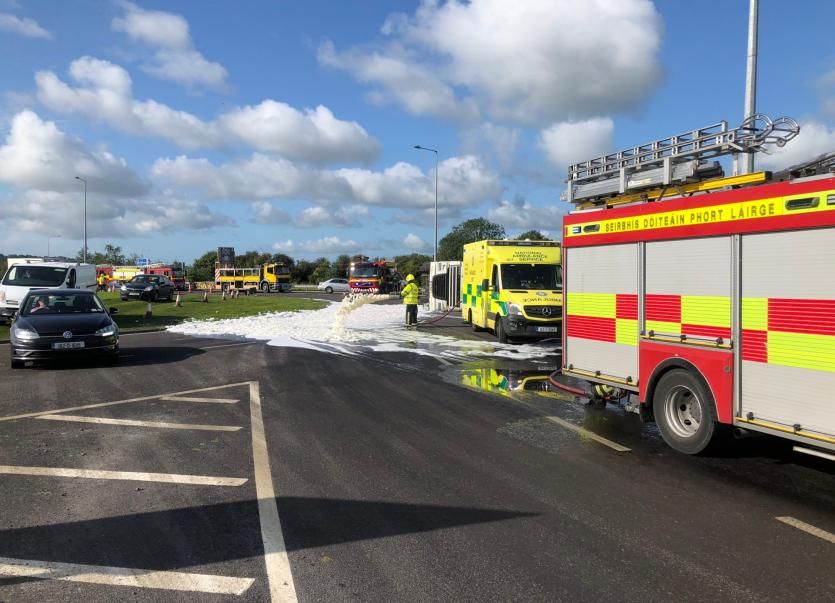 A roundabout off the M9 is blocked due to an overturned lorry.

The overturned truck is at the Grannagh Roundabout off the M9 outside Waterford City.

Traffic is slow on approach from the N24 and the N9.

Gardaí are at the scene.