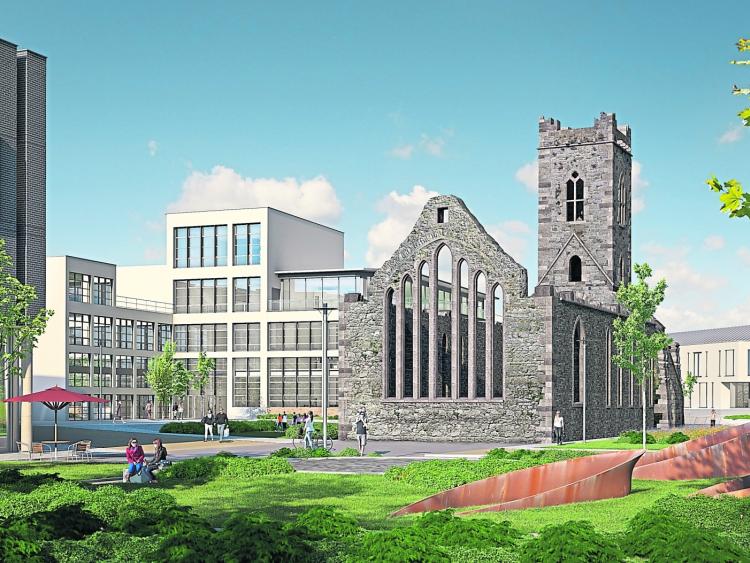 A landmark new hotel adding more than 100 new beds to Kilkenny City’s hotel bed capacity will be part of a new urban street on Kilkenny’s Abbey Quarter.
Failte Ireland has identified the need for greater bed night capacity. A site near the river, with the potential for stunning views of the city’s features, has been identified for consideration.
The new urban street, which will cost several million euro to complete to the high standard envisioned, will be a central feature of the site, featuring mixed uses.
The first phase of works on the Abbey Quarter is set to be finished by this time next year including the Brewhouse, new library at the Mayfair and elements of the public realm.
Brewhouse
Mythen Construction is presently working to bring the Brew House back into use as high-end office space, with potential capacity for mutliple clients. It’s expected the building will be ready for fit-out by summer next year.
The contract also provides for the upgrade to public realm along Horse Barrack Lane and the creation of Brewhouse Square to the rear of the Brewhouse building.
The second phase of works is also under way, with design teams appointed. It is currently at the pre-planning design stage.
Planning applications are due to be submitted early next year with a potential development start in 2021.
The council previously attempted to create a temporary coach and carpark on the site to facilitate more visitors accessing the northern end of the city, but this was scuppered by an expensive High Court challenge. Improving a more balanced spread of tourists through the city remains an objective.