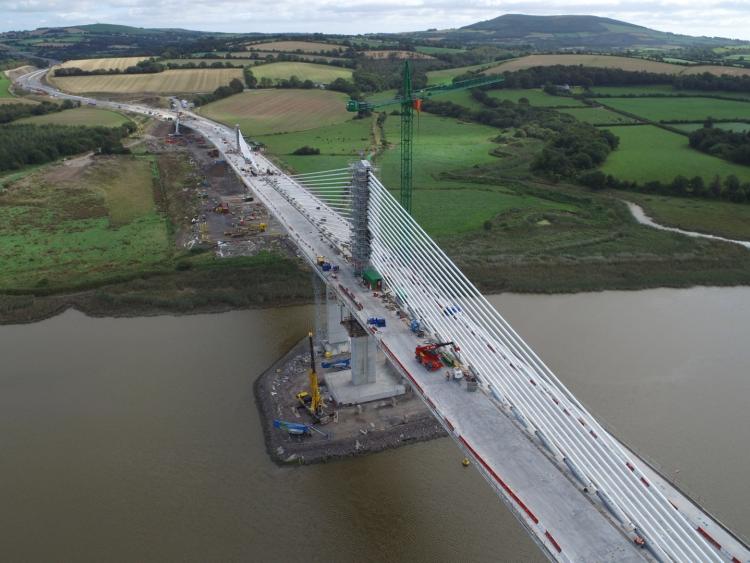 The opening of the New Ross bypass with its landmark bridge has been delayed, but it is still hoped to have the new road and bridge open by the end of this year.

At the October meeting of the Piltown Municipal District, senior engineer Seamus Kavanagh told members that it was three-year project worth €330 million and there was bound to be some slippage in terms of timeframes. The superstructure of the bridge has been completed, and if the weather holds, the plan is still to have it open by the end of 2019.

The latest update report on the project says the Rose Fitzgerald Kennedy Bridge achieved a significant milestone in September with the completion of the final closing deck section. Finishing works are now in progress, entailing installation of waterproofing, railings, barriers, drainage, kerbing, pavement and lining, as well as lighting and bridge monitoring systems.

Tender documents have been prepared for the upgrade of signage on the bypassed sections of existing national primary roads, as they will become regional roads. Arrangements for an opening ceremony and bridge dedication ceremony are also being discussed with stakeholders.

Speaking at last week’s meeting, Cllr Fidelis Doherty said she was concerned about some motorists performing ‘donuts’ on new pieces of road around the area.

“There is a lot of anti-social behaviour happening too, which is unfortunate,” she said.

Cllr Doherty also said curious people were coming to have a look, parking and walking across fields.