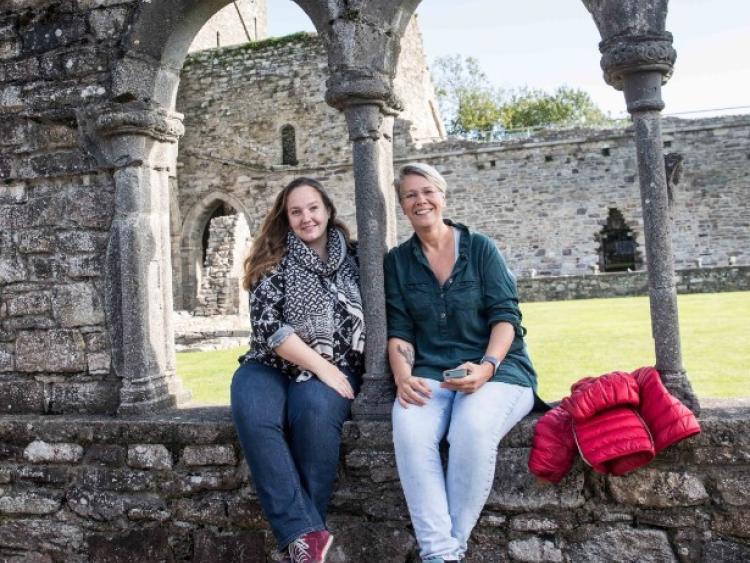 Two popular food and travel influencers from the Netherlands are exploring Co Kilkenny this week. Their visit is part of Tourism Ireland’s ‘blogger relay’ initiative to attract more Dutch visitors to Ireland.

The ‘blogger relay’, which kicked off during the summer, involves a programme of visits by popular Dutch bloggers and social influencers, designed to ensure an ongoing ‘buzz’ and conversation on social media in the Netherlands about Ireland. The idea is that each visiting blogger ‘passes the baton’ to the next blogger, tagging them and sharing the same hashtags.

This week, Simone van den Berg (aka Simone’s Kitchen) and Jody Mijts (aka OngewoonLekker) have been enjoying a visit to Co Kilkenny – highlighting some of our unique  experiences and tourist attractions to their combined online audience of almost 212,000 followers, or potential holidaymakers, via their various social channels. Their action-packed itinerary, which was devised by Fáilte Ireland, took them to places such as Highbank Orchards in Cuffesgrange, Jerpoint Abbey in Thomastown and Knockdrinna Farmhouse in Stoneyford.

Simone and Jody will also share their experiences on their blogs over the coming weeks, before passing along the baton to the next set of Dutch influencers, who’re set to visit Northern Ireland later this year.

Karen van der Horst, Tourism Ireland’s Manager for the Netherlands, said: “Tourism Ireland was delighted to continue our ‘blogger relay’ this week. Blogs and social media are recognised as strong influencers for prospective holidaymakers, so we’re delighted to see Simone and Jody share their experiences with their fans and followers – inspiring them to come and visit Ireland.

“In 2018, we welcomed 247,000 Dutch visitors to the island of Ireland. Tourism Ireland is undertaking another extensive programme of promotions throughout 2019, to highlight Ireland in the Netherlands. Our ‘blogger relay’ and collaboration with popular Dutch influencers is just one element of our programme, aimed at boosting Dutch visitor numbers to the island of Ireland.”