Initial list published of those who died during the Second World War, more names and information sought 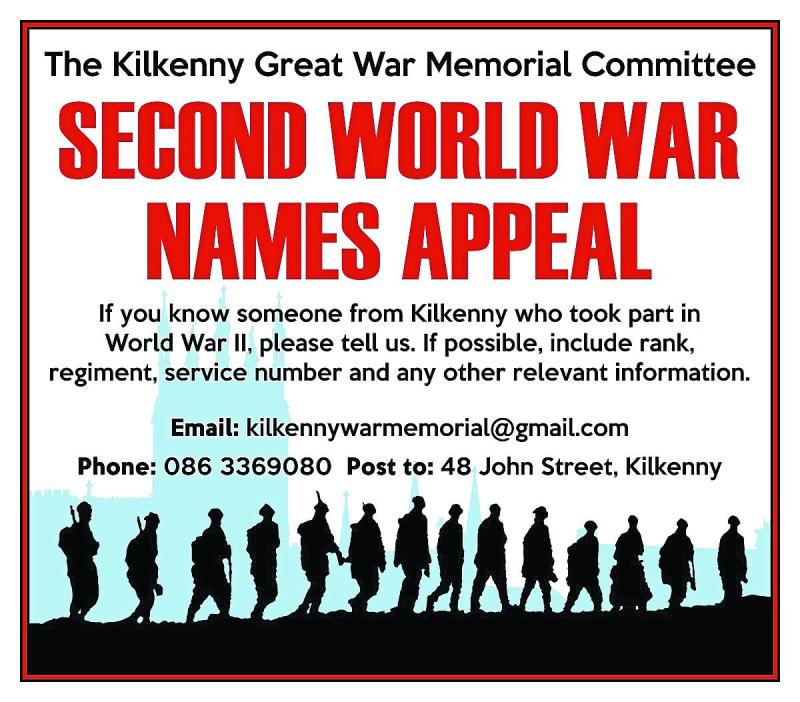 The Kilkenny Great War Memorial Committee are in the final stages of their appeal for the names of local people who served in World War Two.

Names collected will go into a database for further research and when verified will be added to a new World War Two memorial to be constructed in 2020, location yet to be announced.
The committee can't access any personal information about specific individuals but families who can prove that they are related to someone can get their records.
All records are sealed in London and the committee are relying on public information.
Contact
If you know anyone who took part in World War Two, please let the committee know.
If possible please include their rank, regiment, service number or any other relevant information.
There are a number of ways to get in touch. Email details to ‘kilkennywarmemorial@gm ail.com’, pick up the phone and call ‘086 3369080’ or send via post to ‘48 John Street, Kilkenny’.
The latest appeal follows the very successful World War One memorial project in Kilkenny last year.
Below is a list of the names collected so far by the committee of those that gave the ultimate sacrifice in the Second World War.