€2m funding to support of Technological University of South East 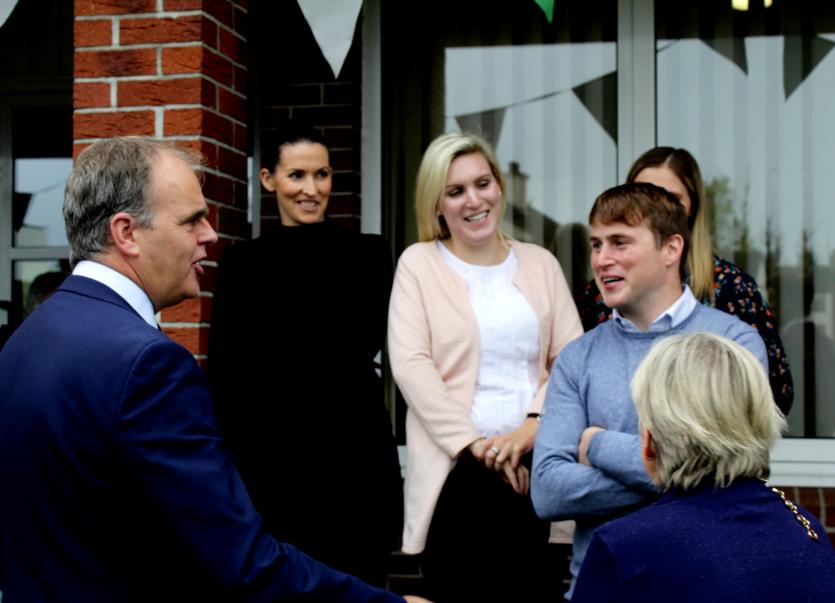 Altogether €2 million in dedicated funding has been allocated to take the project to the next stage of development. Overall, €11.8 million in funding was allocated to technological universities in a funding announcement from the Minister for Education and Skills Joe McHugh.

Speaking on a vist to Kilkenny today, Minister McHugh said it would enable both Waterford IT and IT Carlow to start moving in the right direction.

"I don't want to put in a timeframe because there are other amalgamations working on timeframes, and the important thing more than the timeframe is to get the things right," he said.

"I know from speaking with John Halligan that the leadership from within the IOTs within the south-east want to work to ensure that happens. It's really important university status, and I know the people of the south-east have been crying out for this for the best part of two to three decades at this stage.

"There is a big gap there, and it means a lot. Even though you look at the quality of education in the south-east. IOTs are doing degree programmes, they are doing Masters, they are doing PhDs. But the university status gives you that extra wee bit of help when you are on the international circuit.

Mr McHugh also said that looking at other colleges in that process, such as TU Dublin, showed third-level institutions could hold on to their unique individuality, but at the same time have a collective university status.

President of IT Carlow, Dr Patricia Mulcahy said the funding comes at a critical time for the TUSEI project.

"It will enable us to move to the next stage in institutional change - further mobilisation of our 1,900 staff, our 17,000 students and our many stakeholders, in support of important integration activity," she said.

"This is an essential part of our journey towards a unitary multi-campus technological university of scale and impact, within the regional, national and international context. We thank Minister McHugh and Minister Mitchell O’Connor for their continued support.”

President of WIT, Professor Willie Donnelly, said the allocation of funding was warmly welcomed as an indication of confidence by government in WIT and IT Carlow to deliver a university for the south east.

"This funding allocation will allow us build on the momentum to date and accelerate the project to completion," he said.

"Together with all our stakeholders across the region, we are impatient for the delivery of a much-needed university for the south east, a critical element in delivering on the government’s ambitions for the region as set out in Project Ireland 2040 and absolutely essential to secure the economic future of the region.”

The release of funding follows the announcement in Budget 2020 of €90 million in funding in support of Technological Universities for the period to 2022. The funding allocated is earmarked for supporting the appointment of key personnel to manage and direct the TU project, specifically to complete the application process and oversee the validation of the application by an international review group. The funding will also be used to support staff involvement and engagement in the process through a detailed change management project.