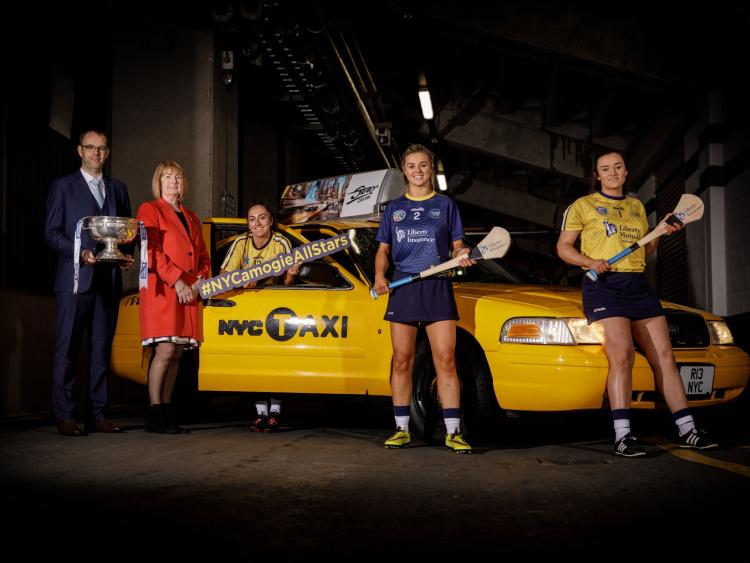 Several of Kilkenny's top camogie players will be jetting off to New York goes ‘On Tour’ this month.

This year’s match will also break new ground by being the first Camogie match to be live-streamed from outside of Ireland. The match will be broadcast on Liberty Insurance’s Facebook page as the game truly goes international.

Recipients of All-Stars Awards from 2018 and 2019 as well as several nominees will take off for New York on Thursday, November 21. They will play an exhibition match in Gaelic Park in the Bronx on Saturday, November 23 with throw-in taking place at 9pm Irish time (4pm Local time).

The teams will include stars from seven counties including Cork’s Amy O'Connor, Galway’s Sarah Healy and Kilkenny’s Grace Walsh who were all in attendance at today’s launch in Croke Park.

Galway’s Cathal Murray and Cork’s Paudie Murray will manage the sides. Paudie picked up the 2018 Manager of the Year Award having guided the Rebels to a record 28th All-Ireland title whilst Cathal is the current Manager of the Year having masterminded Galway’s League and Championship double in 2019.

Kildare’s Ray Kelly who refereed this year’s Senior All-Ireland Final will be the man in the middle for the exhibition match.

The Tour will also engage with the local Irish community in New York with a reception at the Irish Consulate. The Tour is being hosted by New York GAA who have been great partners in organising the Tour as the game continues to grow in North America. The Tour will now allow New Yorkers to witness the skill and athleticism of some of the game’s top players on their own doorstep!

"I am very much looking forward to the second Liberty Insurance Camogie All-Stars Tour as we head stateside later this month," said Camogie Association President Kathleen Woods. "It has been a great year for the game so far and this year’s All-Ireland Championships were no different with fantastic action on the pitch in front or record crowds as the game continues to go from strength to strength.

"This tour is a recognition for some of the top stars of our game for their individual performances and dedication to the game, acknowledging them as the tremendous athletes and role models that they are.

"I would also like to recognise the continued support of our sponsors Liberty Insurance who have partnered with us on the Camogie All-Stars Tour once more this year, and we look forward to our continued work together in promoting the game to new audiences."