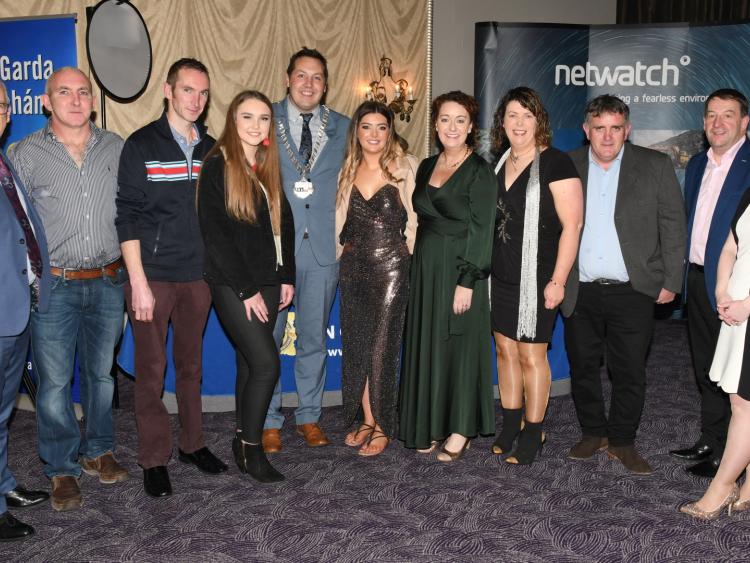 Sponsored by Netwatch and the Kilkenny and Carlow local authorities, the local garda division, made up of the three districts of Kilkenny, Carlow and Thomastown, recognised the efforts of young people from throughout the area, and how they have made their community a better place for all. 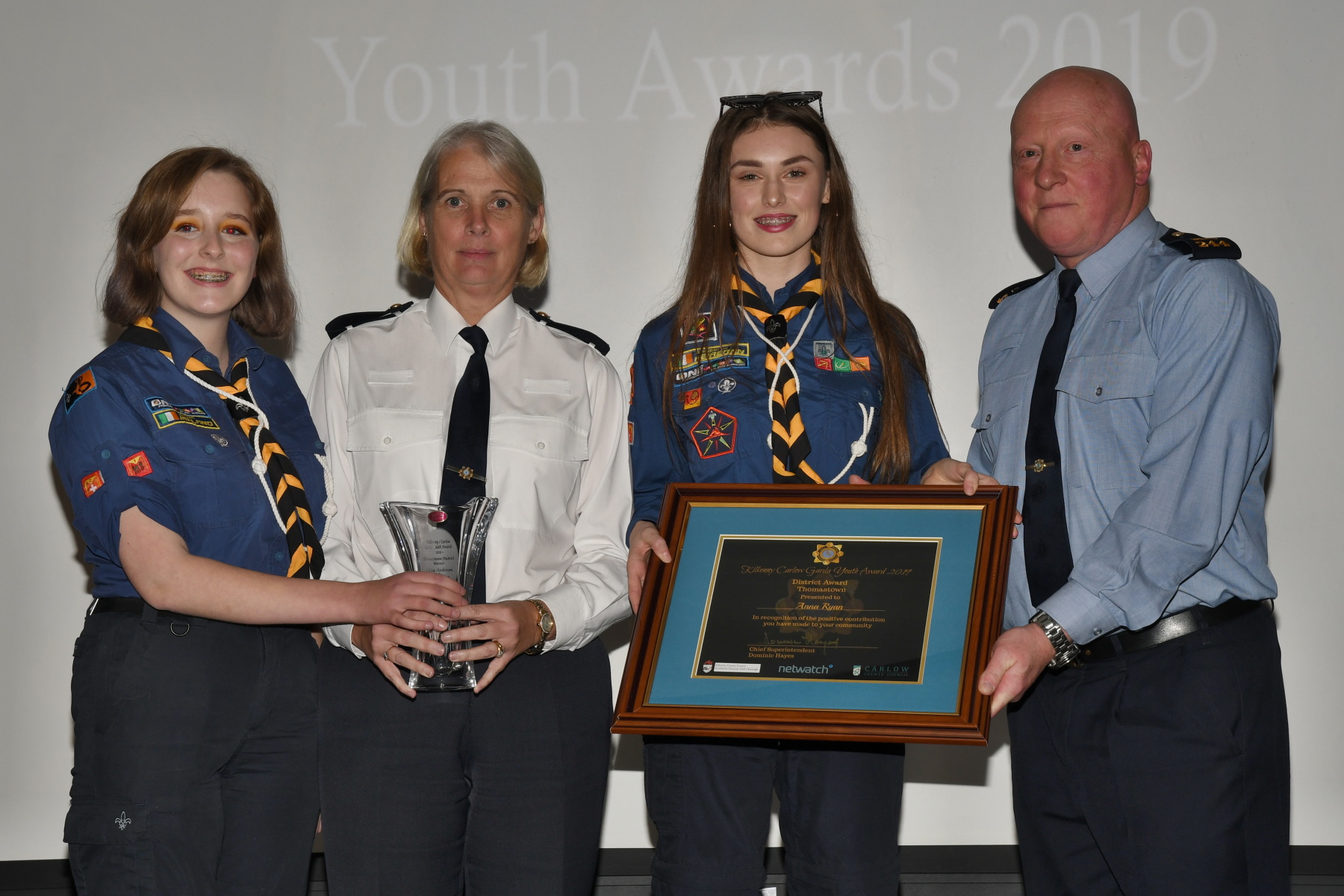 The overall group award went to two young women from  Ballyragget, - Holly Farrell and Laura Delaney, who have worked tirelessly in helping to organise the annual 'Light Up the Night' Tractor run and in with continued effort, helped inform young people of north Kilkenny in particular on mental health issues.Divisional awards went to Anthony Coy and Shane Brennan from the Kilkenny area and in Thomastown young scouts Chloe Anderson and Anna Ryan were presented with awards along with the family of the late Mathew Dunne, who accepted an award on behalf of Mathew who  passed away this year at the age of 13.

There was also a Lifetime Achievement award presented to the CEO of Ossory Youth, Mary Mescal. 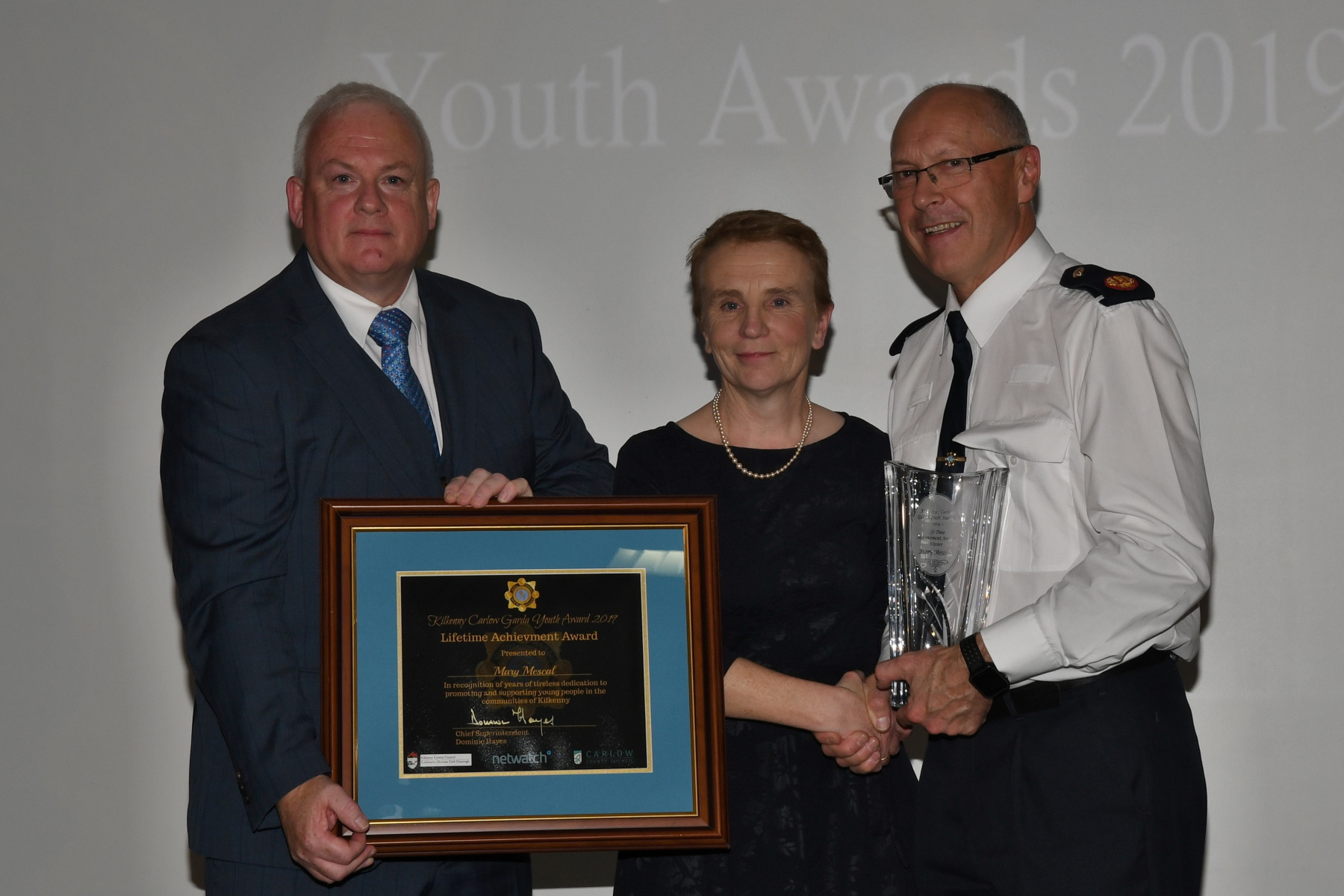 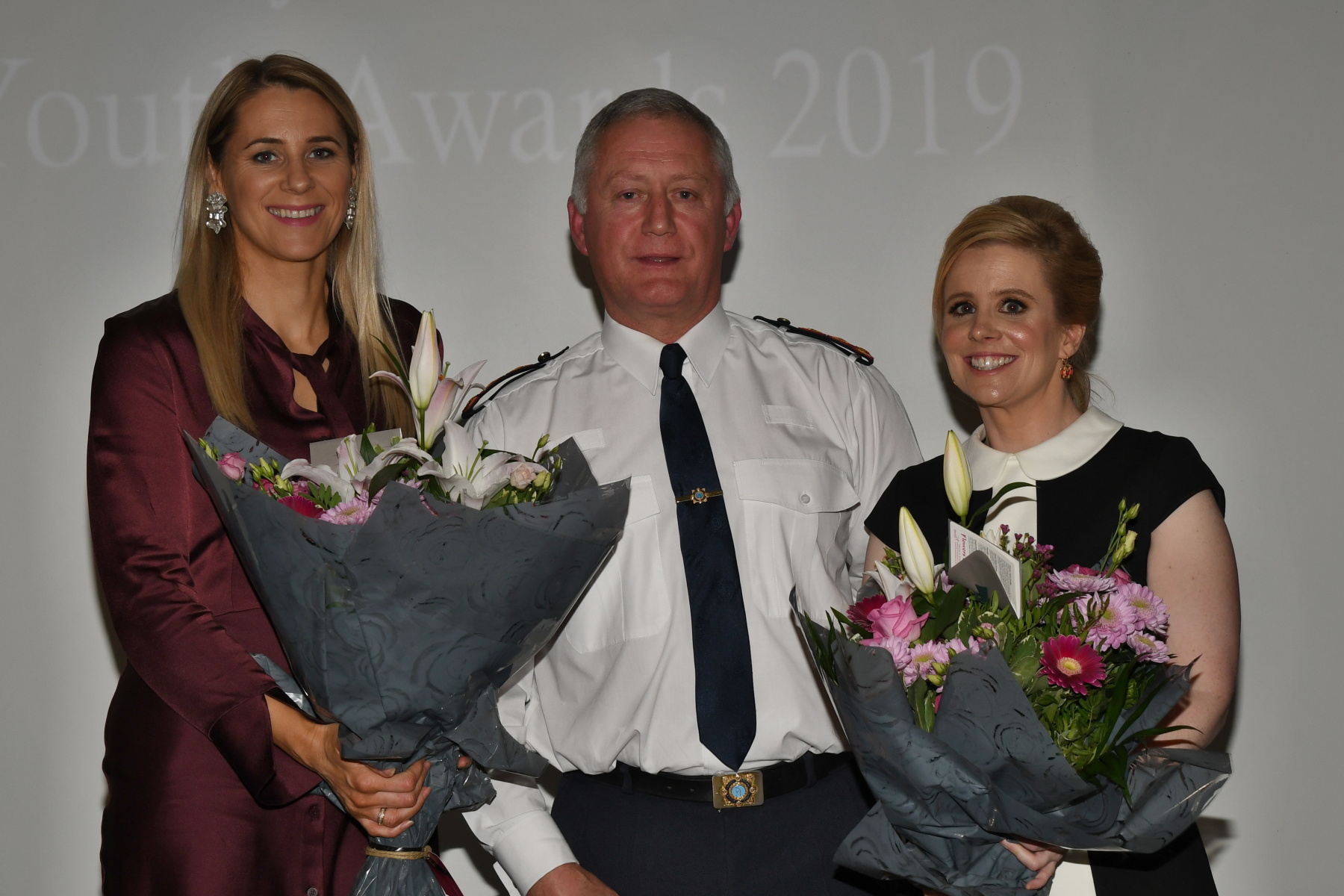 The organising committee for the event was chaired by Inspector Liam Connolly and the award winners were selected by a judging panel which included retired Judge Bill Early, hurling legend Henry Shefflin, CEO of Carlow Regional Youth Services Kathryn Wall, CEO of Netwatch David Walsh, Kilkenny People editor Brian Keyes and Inspector Connolly who were all present on the  night. 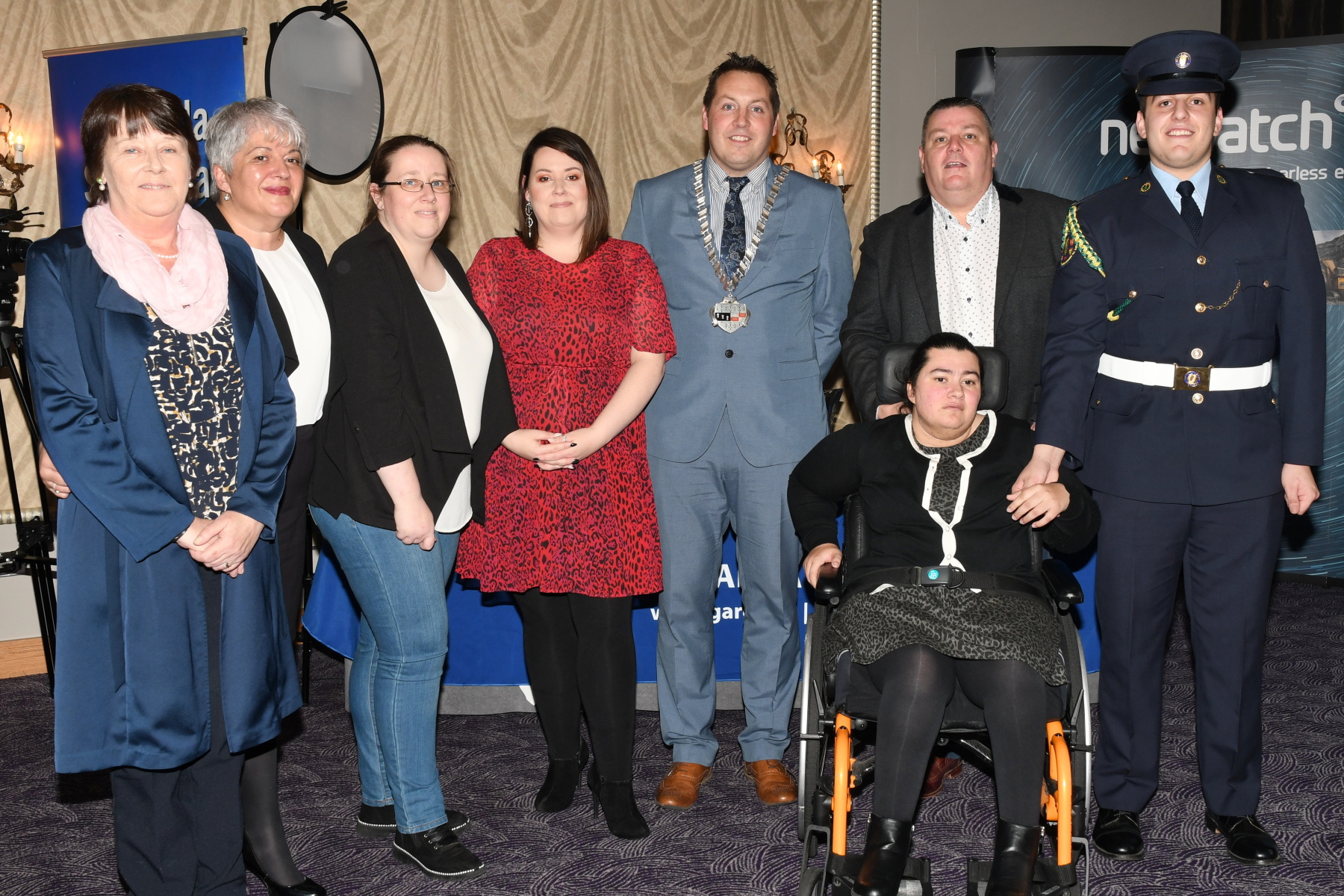 The Coy family from Kilkenny, with Anthony Coy on extreme right who received a Division Award. Anthony recently joined the Prison Service

Local gardai from the community engagement section introduced the award winners with a citation and they were each presented with specially commissioned Kilkenny Crystal pieces and a framed certificate acknowledging their incredible achievements. The overall winner was Ismail Mohammed, a member of the Rohingya community in Carlow who arrived in the area as an eleven year old refugee with no English or education, and is now a leading light in his community and a third level aircraft eingineering student.There were also special awards for  Shantelle Tynan from Carlow, who won the admiration of the nation in her fight against cancer, and the Young Social Innovators of St Leo's secondary school in Carlow.

Full pictures and report of the night in next week's Kilkenny People.