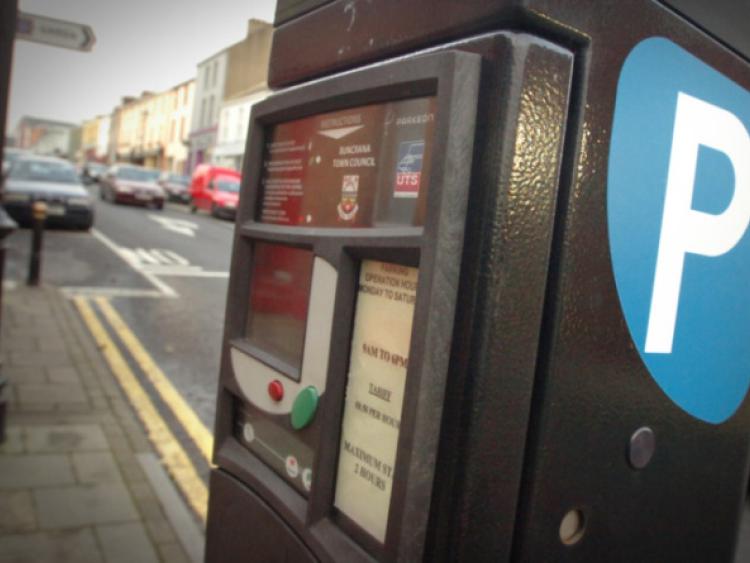 City-based councillors are seeking a breakdown of how almost €2.4 million in revenue from parking charges — all of which is generated in the city — is spent

‘Crisis talks’ are due to take place tonight between senior management of Kilkenny County Council and city councillors in a bid to resolve what has emerged as a major issue as the council prepares to adopt its budget for 2020.

City-based councillors are seeking a breakdown of how almost €2.4 million in revenue from parking charges — all of which is generated in the city — is spent. They are also seeking clarity on legal advice received on whether or not they have the power to retain 100% of parking revenue for spending within the city.

Cllr David Fitzgerald has expressed concerns that income generated entirely within one municipal district is being spent in the others at a time when the city is facing serious challenges. The council says the figure of almost €2.4 million is actually substantially less once maintenance, signs, staffing and operation is taken into account.

At the Kilkenny City Municipal District annual budget meeting on Friday, Cllr Fitzgerald proposed that the district hold on to any money raised through parking, until the situation was clarified.

“Until we have clarity on how this money is to be spent, I propose to hold on to it,” he said, and called for an adjournment.

Director of services Tim Butler said that under local government reforms, the money was being spent on the same services, and the only thing that had changed was the manner in which the budget is adopted.

Cllr Fitzgerald produced a letter from county solicitor John Harte, which in its conclusion advises: “Only the members of the Municipal District have the power to make the parking byelaws or their District including the power to direct the application of the parking fees received.”

The Fine Gael councillor said he was simply proposing something that has been set out by the county solicitor.

“It is not anything that isn’t set out legally in our own advice,” he said.

“Mr Harte has advised that we are entitled to do this, and I am proposing to members that we do this. Until we have clarity, we should hold on to this money.”

The council’s head of finance Martin Prendiville took issue with the “language being used — ‘retain money’”— which he said was “creating the impression there is a pot of money out there, which is not the case”.

“This is the first time this issue has been raised, and we have had a number of workshops on the budget,” he said.

Cllr John Coonan said he had been unaware of the existence of the Harte letter, and said “it has far-reaching consequences”.

He said he had assumed Kilkenny County Council was now the over-arching body, and as such, all of the Municipal District’s powers were subsumed into it.

Cllr Coonan also said the other Municipal Districts “might look at this in a different light”.

“I sympathise with the Notice of Motion but I’m worried about its far-reaching consequences,” he said.

“We are only seven members now, and we used to have 12 sitting here,” he said.

“They had a budget used for the betterment of the city. Now we are a glorified residents’ association.”

The Fianna Fail councillor said he supported the spirit of the Notice of Motion, and said people did not see the value of their taxes and shops were closing down.

Mr Butler said the matter was discussed under parking bylaws, and the overlying power rested with the plenary council. He said the council’s budget took precedent over the district.

“My reading of the advice is the plenary council has the power,” he said.

Cllr Fitzgerald said there was clearly a specific power in relation to parking — ‘not rent, not rates’ — and it should be exercised. He said almost €2.4 million was raised in the city and could go to any part of the county while the city was in dire need.

“We need more information before we hand over €2.4 million,” he said.

Cllr Fitzgerald proposed the budget be adopted, with Mr Harte’s advice noted and reserved parking charges allocations until further clarification is given. This was seconded by Cllr Eugene McGuinness and agreed by the members.