Alan Doyle is a drystock farmer from Gowran 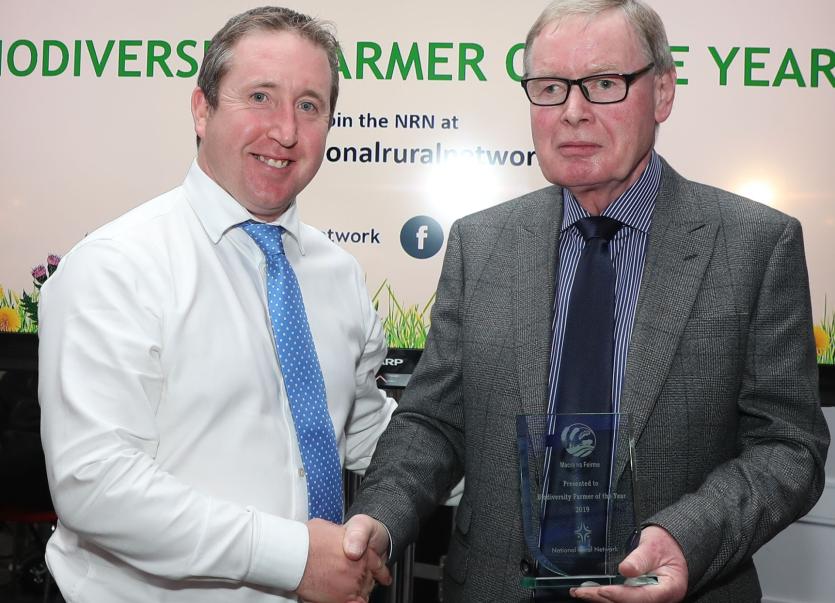 The National Rural Network Biodiversity Farmer of the Year Award recognises a farmer who is farming sustainably by encouraging biodiversity and protecting the environment.

Alan, who farms with 170 breeding ewes and 23 suckler cows on approximately 86 hectares near the Blackstairs Mountains, is a champion of good environmental management and has demonstrated a sincere passion for farming, which protects and enhances biodiversity. He is an active member of the Blackstairs Farming Group (BFG) who work closely with the Blackstairs Future Farming (BFF) pilot project which aims to adopt innovative approaches to add value to the Blackstairs hill farming system, while simultaneously improving habitats.

“I am delighted to have won this award and to be recognised for supporting biodiversity and nature on my farm. I try to farm in conjunction with nature to protect the habitats on my farm," he said.

"I want to leave this land in the best condition I can so future generations can enjoy the nature and biodiversity it supports.”

“Throughout the semi-final and final rounds of this competition, the National Rural Network has been engaging with enthusiastic young farmers who have exhibited a passion for farming in a sustainable manner. When we visited their farms, we saw some wonderful examples of farmers working in harmony with nature. Alan was chosen as the 2019 National Rural Network Biodiversity Farmer of the Year due to his deep commitment and enthusiasm for sustainable farming. He is farming in a manner which respects nature, ensuring the land is properly cared for and that the habitats within it are protected and maintained.”