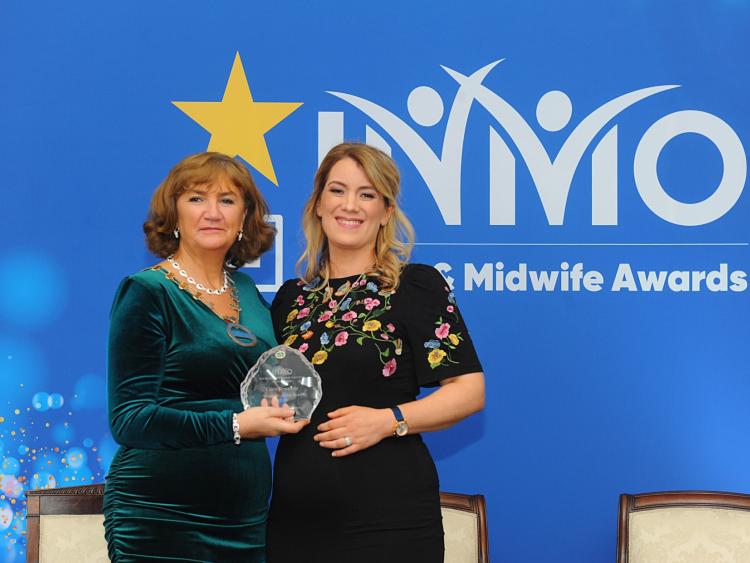 A   midwife at St Luke's General Hospital in Kilkenny, Clare Kennedy,  has won the Midwife of the Year Award just announced by the INMO.

“I’m still in shock to be honest! I got a call from the INMO to tell me I had won the award while I was at work and I was just so humbled and surprised; I just couldn’t believe it. There is a whole team here who work really diligently to make the service run so well. It’s a really innovative and evidence-based service" said Clare.

“I also want to thank the management team here for their ongoing support. I was nominated by my colleagues so I am taking them for afternoon tea in Kilkee Castle so we can all celebrate together,” she added

She provides holistic care to women, their families and babies. The Laois woman was nominated by her team for “going above and beyond” in her patient care, while also being a supportive voice to colleagues.

After completing her nursing BSc Nursing Degree and HDip in Midwifery in UCD, Clare went on to train both clinically and academically in Health Assessment, Midwife Prescribing, Obstetric Ultrasound and Examination of the Newborn. TCD (2013-2015 MSc Midwifery)

Clare was registered as an Advanced Midwife Practitioner in 2018. Her role now involves providing women centred holistic care to women, their families and their babies. Clare is the clinical lead for all aspects of physiological childbirth in SLGH which advocates and empowers women and midwives in their decision-making process and which offers alternative choices in the type of care and birthing options that are available.

Clare has been nominated for the award of ‘Midwife of the Year by her team, The Integrated Community Midwifery Service at SLGH.  For Clare, being a midwife is not just a job, but a passion and this holds true in her character as well as her professional contributions.

The Nurse and Midwife of the Year Awards were relaunched this year by the INMO to celebrate the incredible works by its members across Ireland. They were presented in the Richmond Event Centre (formerly a hospital) on Thursday night.