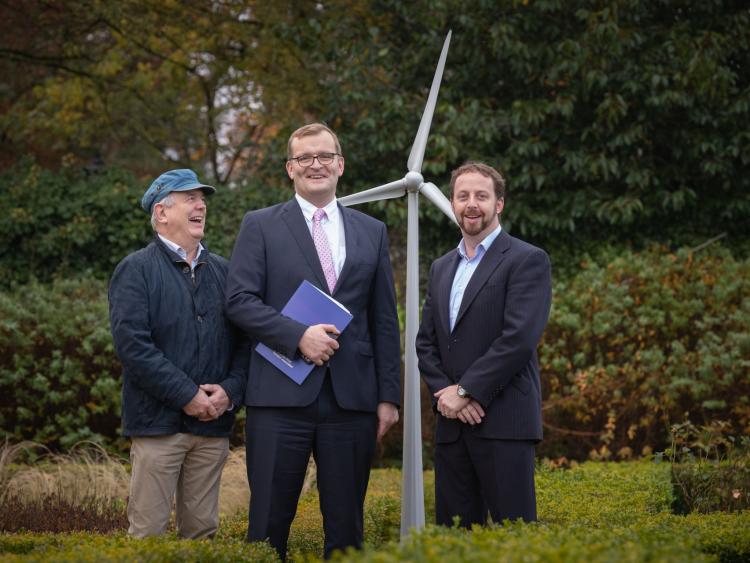 Such graphs always show the same effect but rarely so absolutely clearly that anyone can see it, IWFA Chairman, Grattan Healy, said as he prepared to address the Association’s annual conference in Kilkenny’s Lyrath Estate Hotel today, Thursday, 28 November 2019.

“If you ever needed an answer to the nonsense promulgated by the opposition to wind, it is in this graph. It is admirable, that despite all that whinging, the Government, ably assisted by the Sustainable Energy Authority of Ireland (SEAI) and Eirgrid, as well as the Commission for the Regulation of Utilities, Water and Energy (CRU), has figured out that wind is in fact the best, cheapest and most reliable method of reducing our emissions from electricity, and in due course transport and heating, while providing work and reducing our horrendous energy import bill with its attendant supply risks.”

Fossil fuel generation plants are running while wind is generating, for two particular reasons, Mr Healy continued. “The first is that they're scheduled by the market based on forecasts to provide the balance of the electricity that wind and other renewables like hydro don’t produce yet.

“The second reason is to be ready to jump in when a fossil fuel plant or an inter-connector trips, not wind. Wind projects are made up of many smaller units, and are not inclined to cause disruptions when they trip.

“So in no way is wind causing emissions, despite what the whingers continue to say.  You would think that the Government would be so delighted with wind and fed up with paying penalties for carbon emitted by fossil fuel plant that they would tax the hell out of the latter. Not on your nelly! They are taxing the hell out of wind with Commercial Rates which currently stand at about three times larger than the rates on fossil fuel.

“The IWFA and others have a case in Luxembourg against the European Commission, seeking to put a stop to this. We believe this practice amounts to state aid to fossil. Hard to believe in today's circumstances, but sadly true. We will surely find out the truth over the coming months.”