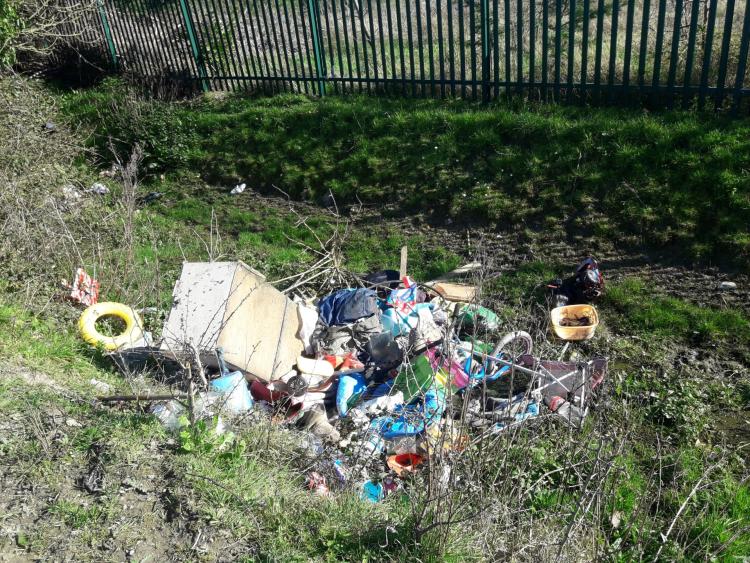 A young father who admitted dumping rubbish illegally was handed down a three-month suspended sentence at Kilkenny District Court.
Edward Mc Carthy, 27 Rioch Street was prosecuted by Kilkenny County Council’s Environment Section under the Waste Management Act. He failed to appear in court on October 22 and was convicted in his absence.
Mc Carthy was convicted for the illegal disposal of waste in a manner that was likely to cause environmental pollution at the Wetlands on March 26.
Evidence was previously heard that the defendant damaged the lock on the gate of the private land in Wetlands to gain entry and a significant volume of waste was dumped from a car trailer.
A bench warrant was issued for his arrest pending sentence, Judge Carthy said that this was “most inexcusable behaviour and that she was treating the matter extremely seriously.”
Mc Carthy, who is in custody on an unrelated matter, appeared before Kilkenny District Court on Tuesday for sentencing.
Solicitor Chris Hogan said that his client admits that he put rubbish on the wasteground beside the halting site at the Wetlands.
“There was a number of people dumping rubbish there,” he said adding that his client was identified on CCTV. Mr Hogan told the court that the land in question was at the back of St Kieran’s College and was close to the Wetlands.
The defendant was contacted by Kilkenny County Council and subequently removed the rubbish and brought it to a recycling centre and handed over a receipt in respect of this to Kilkenny County Council.
Mr Hogan told the court that his client is a member of the Travelling Community and has four children. He is not currently working and is currently in receipt of social welfare.
Judge Geraldine Carthy imposed a three-month prison sentence which she suspended on condition that the defendant engage with the Probation Services and also ordered that the defendant’s pay measured costs of €2,700.
Free legal aid was granted in the case.
The offence was under section 32(1) of the Waste Management Act.