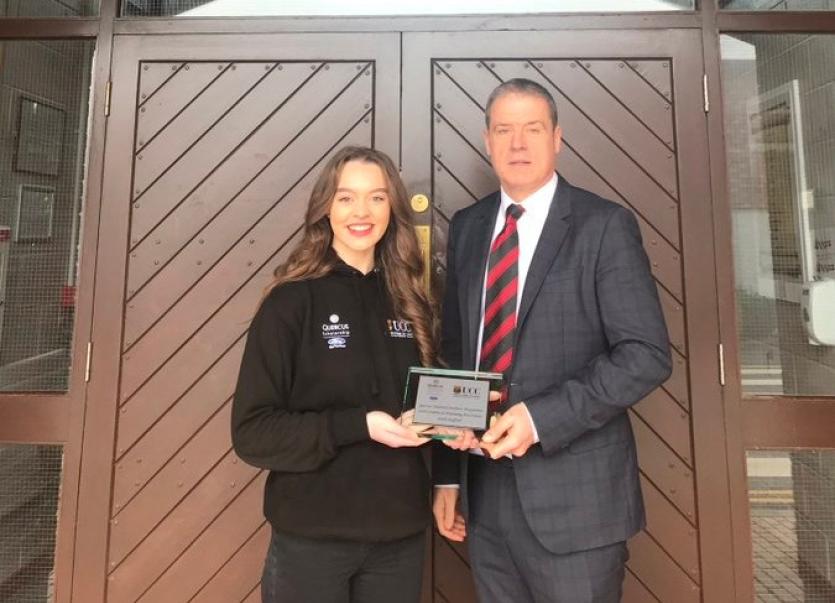 Sarah Stafford, from Kellistown, was awarded the Performing Arts scholarship based on her outstanding achievements in the performing arts having performed in a wide variety of roles both locally and nationally.

At 16, she was selected to join the Youth Theatre Ireland residential programme under the directorship of Catriona Mclaughlin in the Abbey Theatre, Dublin. She has performed in a variety of roles including ‘you can’t feel, what you feel’ under the directorship of visual artist Yvonne McGuinness and performed the lead roles of Cinderella and Dorothy in the Wizard of Oz in the George Bernard Shaw Theatre, Carlow.

Sarah achieved a distinction in her Grade Eight Trinity London Speech and Drama exams in 2018. She has attained grade eights in the both the RIAM Musical theatre and Classical singing exams.

Sarah’s love for acting started when she was three and she has developed her skills in drama, singing and dance. She has trained with young screen actors, the Lir and the Gaiety school of acting. She was a senior member of Kilkenny College’s Chamber Choir which featured in Neven Maguires Christmas in Kilkenny this year and has sang with John Spillane, the Celtic tenors and in the O2 with the RTE concert orchestra Lord of the rings as a youth member of Aspiro choir.

Sarah is a fluent Irish speaker and is very interested in promoting the Irish culture. She is currently working on achieving the Gold Gaisce award, having completed a silver award in 2018. Sarah loves Biology and likes the challenge and excitement of the broad range of options it offers while at the same time she hopes to pursue her passion for acting in Cork. Sarah is looking forward to bringing her performing arts skills to the highest level possible to be able to reach her full potential in UCC.