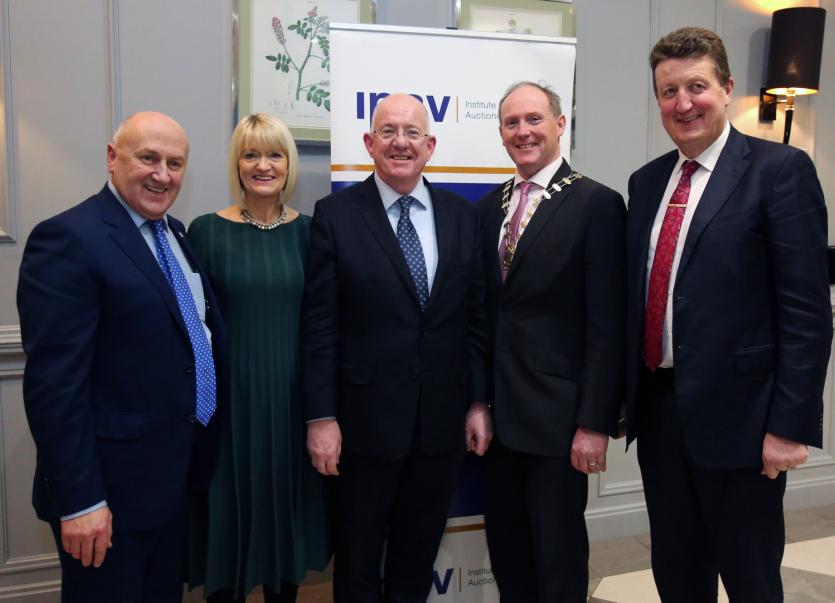 The price of farm land in Kilkenny remains flat, according to the latest Farm Report from IPAV, the Institute of Professional Auctioneers & Valuers, launched by Minister for Justice and Equality, Charlie Flanagan. Nationally, it found that land sales during 2019 averaged between €8,800 and €9,000 per acre, a little weaker than the previous year.

Members of IPAV who specialise in the sale and letting of agricultural land found values for the year remained flat in Mid Leinster (Kildare, Meath, Carlow) and in Kilkenny.

The remainder of the country experienced small decreases of up to 3pc. Within these areas particular pockets performed better than others, depending on quality, location and levels of local interest.

The report also found that long term leasing is having a real impact on the volume of farmland coming for sale.  It is attractive to both young and retiring farmers.

Tom Crosse Group Director of GMV Auctioneers, Limerick and Chair of IPAV’s Agricultural Committee said spring and early summer were positive with good levels of sales. However, this was subsequently tempered by a softening for the second half of 2019.

“A common thread across the country is the move towards long-term leasing. Prices of up to €300 per acre were achieved,” he said. “The big incentive for young farmers is not having to finance the purchase of land. Overall volumes of land sales were up 10pc in the year.”

Eamon O’Flaherty MD of Sherry Fitzgerald Brady O’Flaherty in Maynooth, Co. Kildare and IPAV Board member said he had seen a significant reduction in the amount of transactions in his region over the last 12 months, primarily as a result of Brexit. But he anticipates an increase in the first half of 2020.

“The average price currently stands at €15,000 per acre but depending on size and with local interest this could reach as high as €25,000,” he said.  “As long as beef prices remain at their current levels it’s going to be totally unrealistic for any beef/suckler farmer to buy land in the coming years. The bloodstock industry and the hobby farmer are underpinning the market in this region with only tillage farmers who have had their own challenges in the autumn, being able to buy land.”

Pat Davitt, IPAV’s Chief Executive said the increase in Stamp Duty in October’s Budget by 1.5pc bringing it to 7.5pc will encourage more farmers to lease rather than buy land.

“This is not the way to a sustainable farming sector,” he said. “Regardless of how long the lease lasts, it will run out in the end, giving the landowner an opportunity to take back the land. This could leave the young farmer struggling to find an alternative,” he warned.