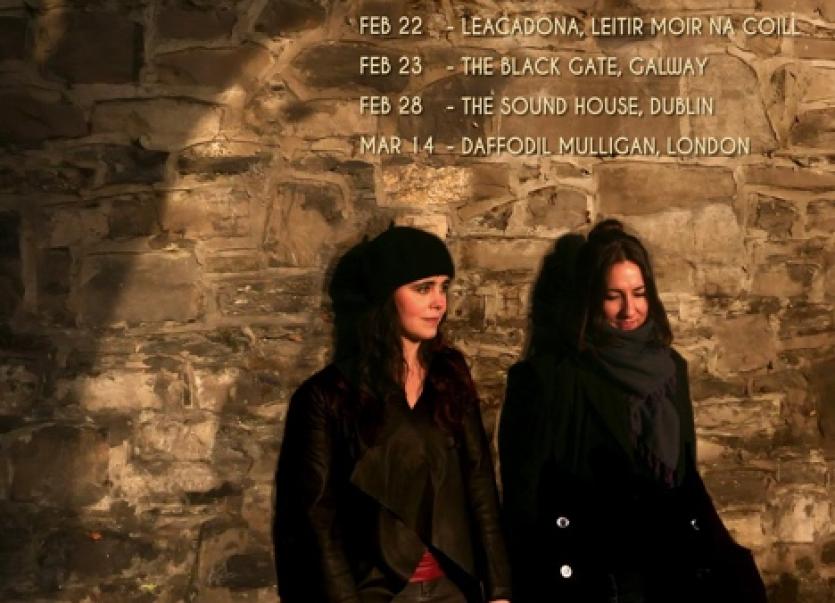 Varo on their way to Callan on Friday night

In celebration of their release, Varo set off on their album launch tour, performing at  Fennelly’s of Callan, Kilkenny on Friday night.

Varo are Lucie Azconaga and Consuelo Nerea Breschi, a fiddle and vocal duo based in Dublin who perform traditional Irish songs and tunes with arrangement influences from the baroque and classical traditions, weaving around the melodies with harmonies, drones and countermelody.

Lucie, from France, and Consuelo, from Italy, met in 2015 after moving to Dublin to pursue their love for Irish traditional music, and immediately started a fruitful collaboration. They travelled to Ireland along different musical paths, Lucie from jazz, classical music, and French folk, Consuelo from Irish trad, folk, and world music.

Lucie and Consuelo have been involved in various other projects, such as Landless, Lisa O' Neill's Band, Ye Vagabonds, The Morning Tree, Alasourse, The Nomadic Piano Project.