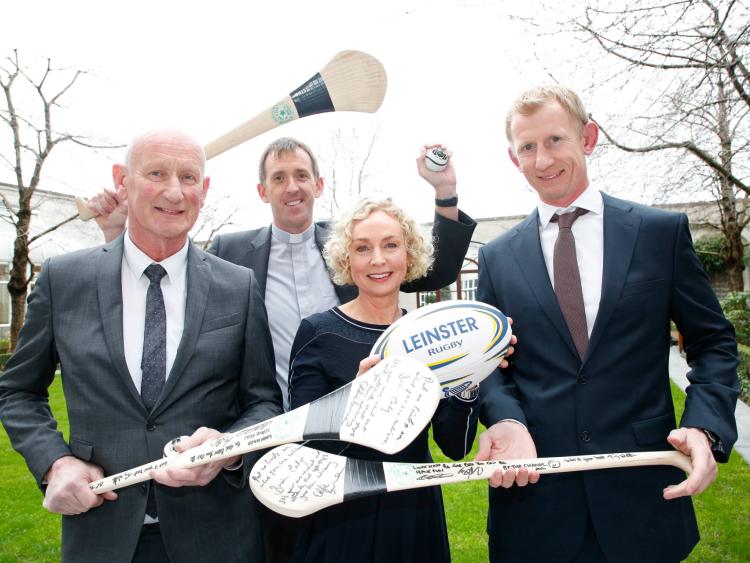 Some of Kilkenny's biggest names were involved in a successful business networking event ‘Leadership in Sport - Lessons for Leaders’ today (Friday).

Now in its fourth year, and hosted by Newstalk’s Pat Kenny at the Intercontinental Hotel in Dublin, it explored the key attributes of successful leaders in sport and in business. Run in conjunction with Newstalk 106 to 108 FM, the event raises funds for a sporting centre of excellence for St Kieran’s College and Kilkenny GAA Development.

The theme of the event is lessons for leaders from a sport and business viewpoint with a focus on, passion, attention to detail and the drive necessary for success. Speakers included Leinster Rugby Coach Leo Cullen, Brian Cody, Anne O’ Leary, Chief Executive Officer of Vodafone and a panel of All Ireland winning hurlers in the company of Tommy Walsh.

“Each of the speakers for this year’s ‘Lessons for Leaders’ event are synonymous with success," said Rev Dr Dermot Ryan, President, St Kieran's College.

"In their own field they have experienced great success and know that these moments are built on many hours of unseen and often thankless work rooted in a deep hunger to achieve, a culture of teamwork, dedication and attention to detail. We are looking forward to gaining their perspectives on what helps to maintain the hunger necessary for success today.”

Having played rugby at the highest level, Leo Cullen has led Leinster Rugby in Management since his appointment in 2015. He will discuss Leadership in Sport and the importance of attention to detail, integrity and a good work ethic.

As CEO of Vodafone Ireland, Anne O’ Leary has led innovative investments in Ireland’s telecommunications infrastructure. As a champion for wellbeing and diversity in the workplace, Anne will focus on Lessons for Leaders.

Now confirmed for an unparalleled 22nd season as Kilkenny manager and seen by all as the most successful hurling team manager in the modern sporting era, Brian Cody explored the key values that underpin the relentless hunger for success that made Kilkenny such a competitive force leading to eight out of ten All-Irelands.

The afternoon culminated in a panel discussion led by former Kilkenny senior hurler  Tommy Walsh with Aidan Fogarty, Eddie Brennan and JJ Delaney on what keeps an entire dressing room focused on a singular goal.