It's now a serious battle for the last seats, with Pat Deering's votes being distributed 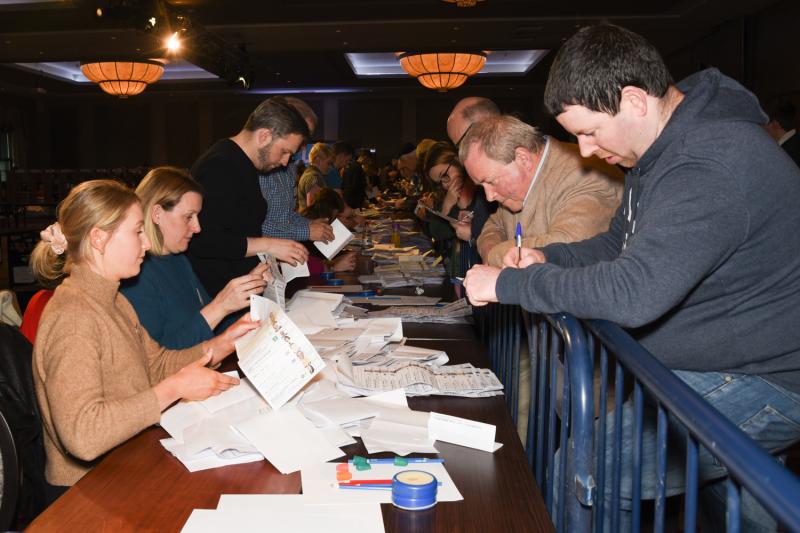 Action at the count

Sitting Fine Gael TD Pat Deering has just been eliminated on the seventh count of the Carlow-Kilkenny General Election.

Transfers were not enough to save the Carlow-based TD's seat. There is now a serious battle on for the three remaining streets, with four candidates very much in the running.

No candidate reached the quota on this count.

There are three seats left and four candidates -

The ballot papers of FG's Pat Deering are now being distributed.