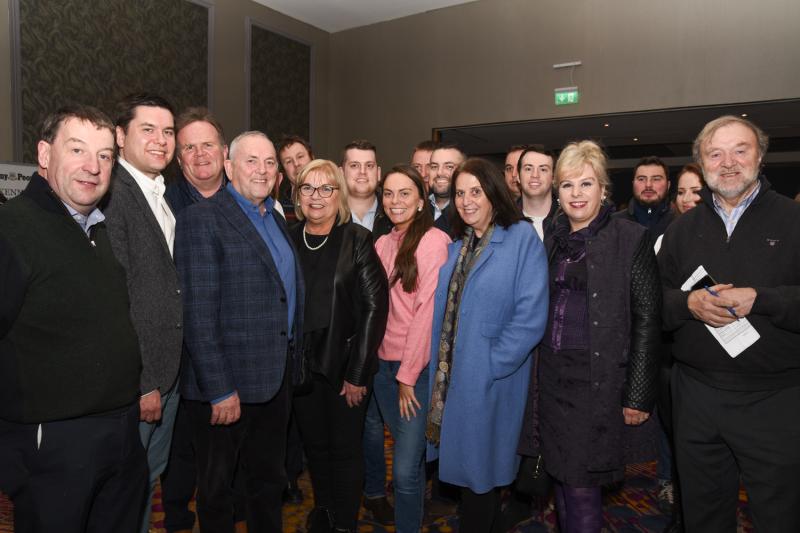 John McGuinness with family and supporters waiting on the result of count 6 PICTURE: Vicky Comerford

Re-elected Fianna Fail TD for Carlow-Kilkenny John McGuinness has said that having a third TD based in Kilkenny City will make politics 'more competitive' in the next Dáil term.

He was speaking as Malcolm Noonan of the Green Party closed in on the fifth Carlow-Kilkenny seat at the election count yesterday. The loss of Bobby Aylward's seat means Fianna Fail now has no TD in South Kilkenny - not a first, but a rarity over the years.

"We normally would have had a candidate from the south in one of the Aylwards. We had Dick Dowling there before," said Deputy McGuinness.

"You break it up then into the city and the north. So it is a new configuration. You've two 'left' candidates - if you like - based in the city. And it will make politics more competitive I think, and that might be for the betterment of the representation of the people that have elected us."

In the end, after the final count, the difference between Bobby Aylward and Malcolm Noonan was about 500 votes. Deputy McGuinness acknowledged it would have been historic to have returned a third Fianna Fail TD in the constituency, but it was not to be.

"My personal vote held up and I am delighted Jennifer Murnane O' Connor was elected in Carlow," he said.

Thoughts now turn to the formation of a new government, and whether Fianna Fail will be involved in that remains to be seen.