Preparing for a spell on the opposition benches 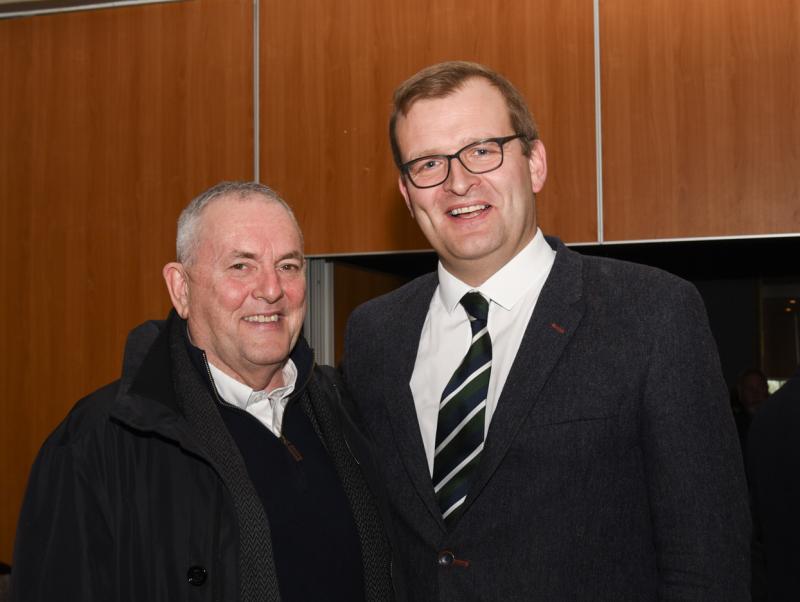 Re-elected Fine Gael TD John Paul Phelan has said there is no question over Leo Varadkar's leadership of the party, and says the tide had been turning back to Fine Gael in recent days after the most recent televised leaders' debate.

The South Kilkenny man was speaking following his success on Count 8 on Monday morning, when he was elected with 13,172 votes. When asked by the Kilkenny People if he would be content to to sit on the opposition benches, he said the electorate's decision should be respected.

"No, not happy - but you have to accept what people voted for. We've had two elections in a row now where Fine Gael have lost support," he said.

"I would say though that compared to where we were a week ago, we were staring 25/26 seats in the face. If we had another week, we would be into the mid-40s. You could feel the tide from Tuesday - from the last debate - actually come back very strongly. But time ran out on that."

With just under 30 seats still to be filled, Fine Gael will no doubt prepare to review how this election unfolded. While one former Fine Gael politician today suggested Mr Varadkar should consider resigning, Deputy Phelan does not share this view.

"You have to reflect on every election. There is no question on the leadership issue. Leo Varadkar was the one who turned it in the last week, and actually had a very good election campaign," he said.

"We went into the campaign with issues not least in health and housing, also the RIC commemoration - that didn't help. But we also went in after nine years of often difficult years of government.

"The big mantra on the doors was 'change'. I don't think a lot of people knew themselves what the change would be. But you do have to respect their view, and our job now is to regroup, renew and go again, to use that sporting phrase."

The Fine Gael TD said that people voted 'resoundingly' for a change of government.

"It looks as if Sinn Fein and Fianna Fail will have the numbers to form that government," he said.

"We do need a majority, and I mean I think - even from talking to the two elected TDs in Carlow-Kilkenny for Fianna Fail - there is a definite, not just softening, but opening of realisation to the fact that that is what the governmment is most likely going to be. And that's crucial for the country that we do have that."